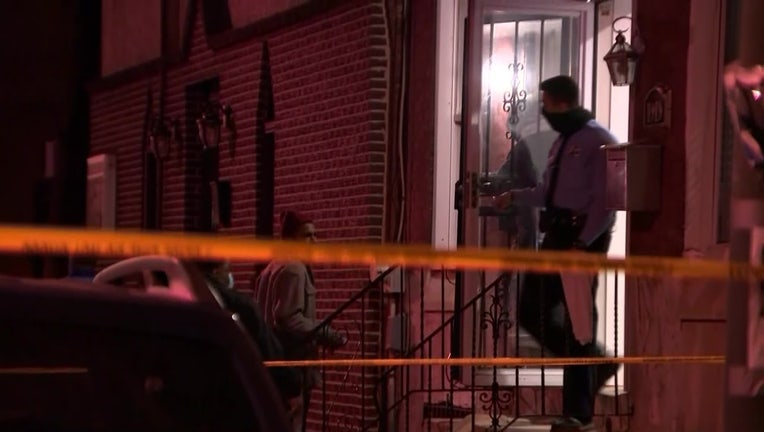 Philadelphia police believe a woman was inside her home when she was hit by a stray bullet.

POINT BREEZE - A man and woman were hurt after an altercation between a group of young people erupted into a gunfight late Thursday night in Point Breeze, police said.

Investigators believe shots were exchanged between at least two people on the 1900 block of Tasker Street around 11:30 p.m. One of the unnamed gunmen was legally registered to carry a firearm, according to police.

The group dispersed to their homes during the shooting, but police said a short time later someone fired shots through a residence and hit a 37-year-old woman in the shoulder. She was driven to Jefferson Hospital by police and placed in stable condition.

Police also reportedly found a 19-year-old man with gunshot wounds to both thighs on the nearby 1900 block of Dickinson Street. He was also taken to Jefferson by police and is expected to survive.

No arrests have been reported. Police took the firearm used in the gunfight the person legally registered.

Editor's note: Police originally believed the woman was struck inside her home by a stray bullet. A Friday morning update said she was hit when shot were fired at the house.