2 men shot and killed outside gas station in Chester

Kelly Rule reports on the double shooting and homicide from Chester, Pa.

CHESTER, Pa. - Two men have been arrested following a fatal double shooting at a gas station in Chester.

The incident began when a fight inside the Sunoco gas station on West 9th and Kerlin streets spilled out into the parking lot.

Chester police said the shooting claimed the lives of 29-year-old Tahriq Doward and 30-year-old Lasantos Saunders. Doward was found dead in the parking lot, while Saunders was found a block away from the scene.

Mohammad Ahmed, who works at the Sunoco station, said the crime scene forced him to open a half hour late Saturday morning.

“Everybody is sad about it. Everyone is talking about it. It’s sad to hear and it’s actually sad to see,” Ahmed said. 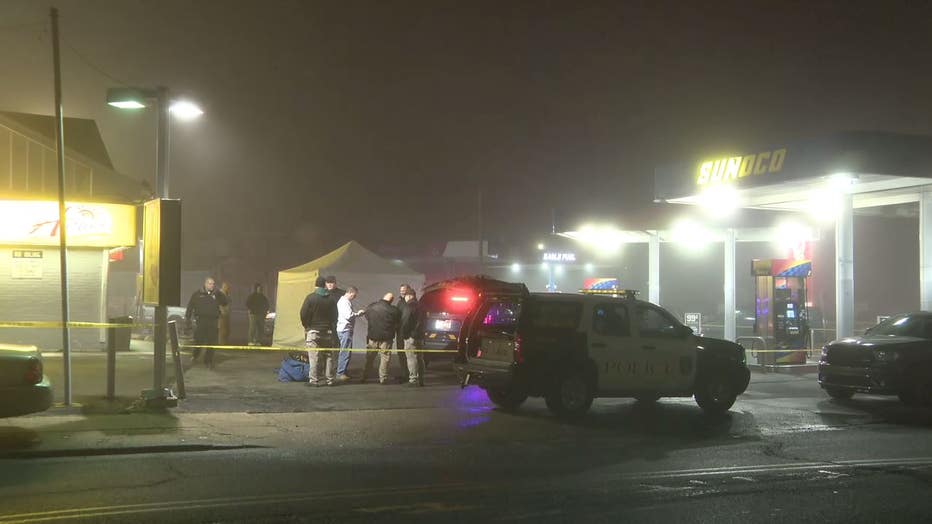 2 juveniles arrested after SUV stolen in Chester with baby, 6-year-old inside

Chester Police Commissioner Otis Blair said the violence unfolded while other customers were inside and outside the store. There were no other injuries.

Officials said Doward and Saunders shot each other after Saunders was assaulted and robbed inside the store.

Store employees reportedly gained control of the situation and led the group outside, with Saunders staying behind. Investigators said Doward returned to the store and exchanged gunfire with Saunders, striking each other.

The incident brought Chester's homicide count to five so far in 2020.

Two other men, 21-year-old Jaquail Dale and 29-year-old Lamont Mallory, were arrested and charged with the robbery and assault of Saunders. They were not charged with either homicide.