Police have charged two men who they say are responsible for a retail theft and carjacking. FOX 29's Marcus Espinoza reports.

WEST WHITELAND TOWNSHIP - Police have charged two men who they say are responsible for a retail theft and carjacking in Chester County.

West Whiteland Township police said the two were involved in a theft from the Boscov’s at Exton Square Mall on Saturday, Feb. 8. The pair allegedly threatened a loss prevention officer with hammers before fleeing on foot. 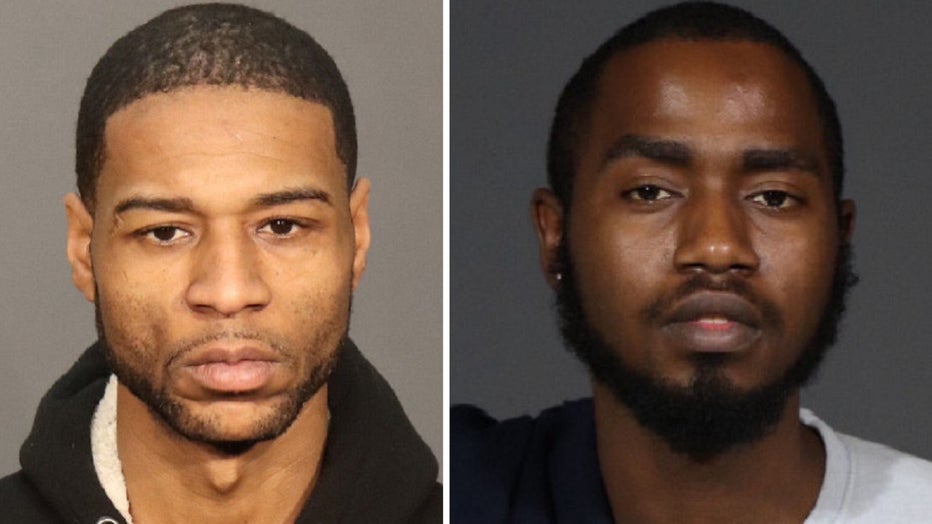 The suspects then allegedly ran to a nearby Starbucks parking lot, where they forced a man out of his car by threatening him with the hammers. The suspects fled in the stolen vehicle, according to police. A brief police pursuit was initiated by a neighboring department, but the suspects were lost after reaching the Pennsylvania Turnpike.

The suspects' vehicle and evidence inside it were recovered from the scene, per police. The stolen vehicle has yet to be located.

Warrants were issued for Joyner's and Dunbars' arrests after the pair were identified as the alleged suspects.

Police said the duo is suspected in similar crimes along the East Coast.

The two men are suspected of smashing their way into an AT&T store on City Line Avene in Bala Cynwyd that same evening. The suspects were captured on camera without gloves or masks, wearing the same clothing captured by surveillance footage of the Exton mall theft.

Police say two suspects in a robbery in Bala Cynwyd could be possibly tied to a robbery and carjacking at the Exton Square Mall. FOX 29's Alex George reports.