The cause of the fatal accident is under investigation.

PHILADELPHIA - One person has died and another has been critically injured after a car accident in North Philadelphia.

The incident happened shortly after 12 a.m. when a vehicle traveling on Front Street hit another vehicle at the intersection of Hunting Park Avenue.

Authorities say that one of the vehicles disregarded a red light signal but it is unknown which one at this time.

The driver of the vehicle at the intersection refused medical treatment and said he was not injured. 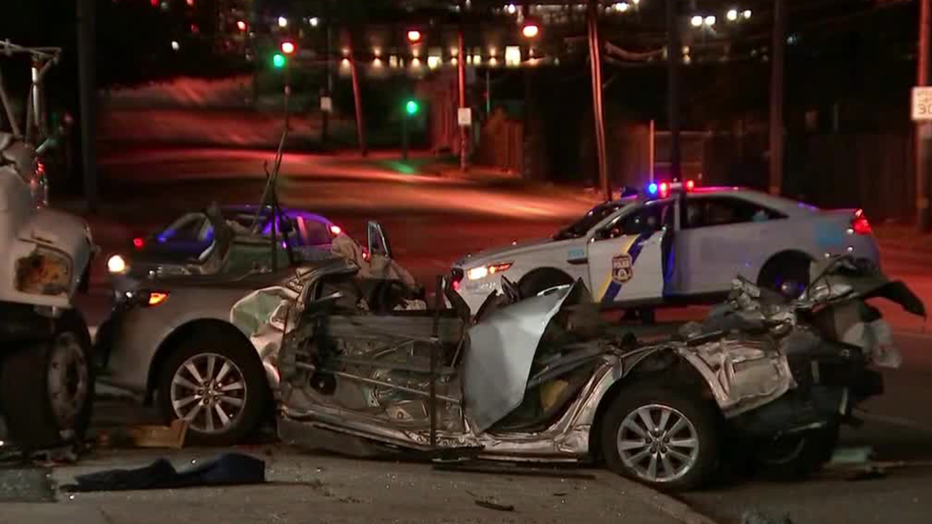 There were two passengers in the second vehicle involved in the incident. The driver, a 32-year-old man, sustained internal injuries and is listed in critical condition.

A female passenger, 22, died of her injuries shortly after arriving at Temple University Hospital.

A third, unattended vehicle was also struck during the collision.

The crash is under investigation at this time no arrest.