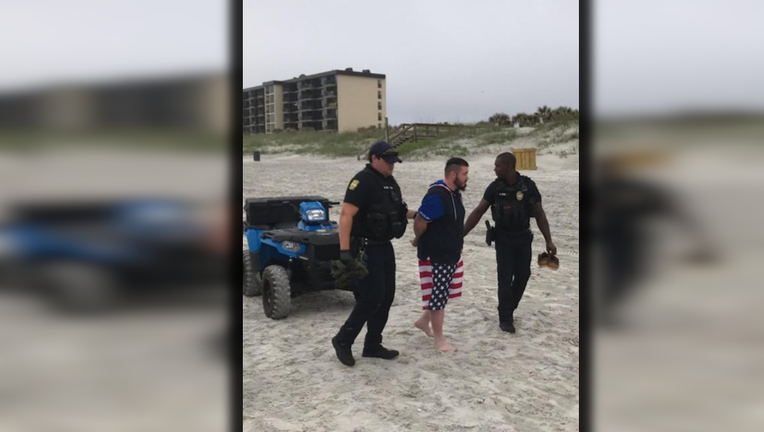 The day after a Florida beach was reopened for physical activity, police arrested a Pennsylvania homicide suspect loitering near the dunes on Sunday.

The Florida Times-Union reported Jacksonville Beach police were patrolling the beach to make sure people were practicing social distancing and other rules for beach activity when they came across Mario Matthew Gatti loitering near the dunes.

Officer learned there was a warrant charging Gatti with criminal homicide in Arnold, Pennsylvania, said Sgt. Tonya Tator. The department posted a photo of the arrest on its Twitter account, with the comment, “This morning while officers patrolled the beach proper they captured a Fugitive from Justice, wanted in Arnold, Pennsylvania for Homicide. Good job!”

A warrant was issued for Gatti's arrest after the fatal shooting of 33-year-old Michael Coover, Jr. in January.

Gatti, wearing a pair of American flag surfer shorts, was arrested without incident. He was being held in a Duval County jail. Jail records didn't list a lawyer for him.

The beach was reopened for active recreation only, like walking, running, swimming or surfing. Sunbathing, sitting in chairs or on towels and other passive activities aren't allowed.

Everything you need to know about your stimulus check

Coronavirus rates stabilizing, parts of US may be able to open in next few weeks: CDC

New Jersey to work with Pa, Del. and other states to reopen post-pandemic