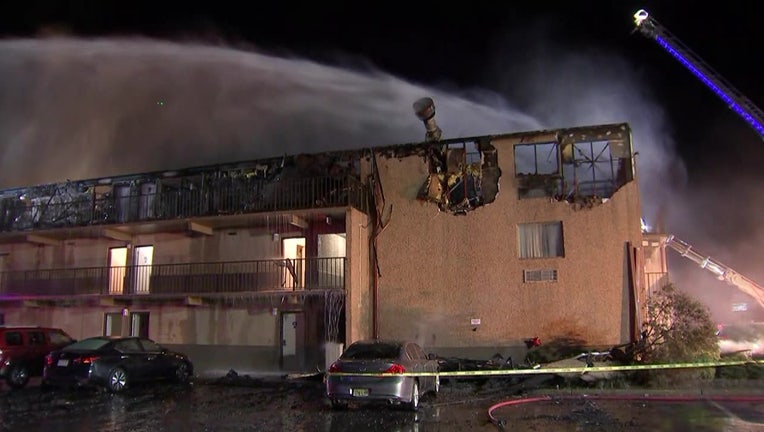 GLOUCESTER TOWNSHIP, N.J. - Firefighters on Wednesday morning battled a large blaze that tore through the upper levels of a hotel in Gloucester Township.

Officers from the Gloucester Township Police Department were called to the Howard Johnson Hotel on 832 North Black Horse Pike for reports of a fire. Police immediately began evacuating residents as large flames engulfed the roof and spread to two of three buildings.

Multiple fire departments responded to the hotel and battled the blaze which quickly reached 4-alarms. The fire was placed under control after about two hours.

No injuries were reported, but several residents have been displaced. The Black Horse Pike remains closed between Route 42 and Almonesson Road.