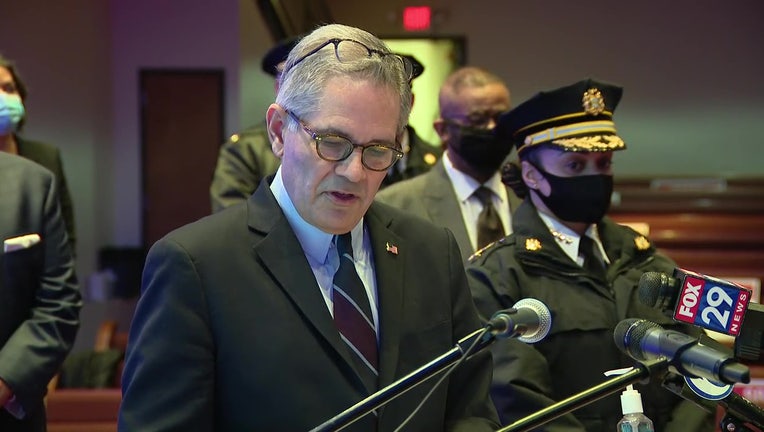 The rival members were allegedly responsible for a number of shootings in 2018 and 2019 throughout West and Southwest Philadelphia, the task force stated.

A Grand Jury found Devin Brian, Dashawn Packer, Xavier Veney and Sabir Scott responsible for seven different non-fatal shooting incidents. Brian and Scott were arrested by Philadelphia police in February and are being held on $1 million bail. Packer is in custody in Pennsylvania serving a sentence for a prior conviction. Veney is in federal custody awaiting trial on a different case.

"Thanks to tireless investigative work by ADAs in the Gun Violence Task Force and our partners in the Philadelphia Police, four individuals responsible for serial shootings in our communities are off the streets, and will be held accountable by the criminal justice system. We should be outraged that petty rivalries are endangering Philadelphians, who deserve to live their lives without daily fear of gun violence," DA Krasner explained.

Philadelphia Police Commissioner was on hand and added, "The members of the Philadelphia Police Department are committed to providing a safe environment for all Philadelphians. The work of our police officers and detectives highlights that putting up a good case takes not only a concerted and purposeful effort, but also unwavering persistence."

DA Krasner went on to comment, "Policing and prosecution have their part. But they cannot prevent gun violence without addressing the structural issues that drive it. We need partners across government, private and nonprofit sectors, and communities to work together on prevention. I call on our government and community partners to support a public-private initiative funded by business, our great academic institutions, and government in the amount of $100 million to bring needed structural change and prevention."

All of the defendants face multiple charges, including attempted murder and aggravated assault, along with related charges.