Four people were rescued and five people were taken to the hospital after a commercial building caught fire in Millville, New Jersey.

MILLVILLE, N.J. - Four people have been rescued from an apartment fire in Millville, according to authorities.

According to fire officials, the fire broke out at a commercial building that has storefront properties with apartments on top in Millville on Monday morning.

The two-alarm fire began shortly after midnight on the 100 block of N High Street, authorities say.

Five people were taken to the hospital with minor injuries, according to local fire authorities.

One man spoke to FOX 29 about how difficult it was to get out of the fire.

"I opened up the door and so much smoke roared it," he said "It was just so thick and dark." 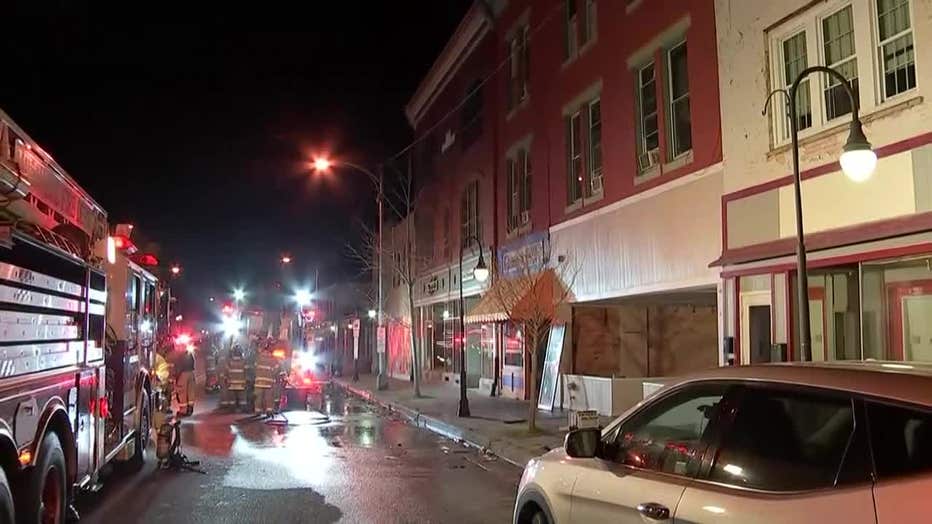 4 people were rescued from an apartment on Monday after a fire broke out at a nearby commercial building.

The Red Cross is assisting the victims of the fire, according to authorities.