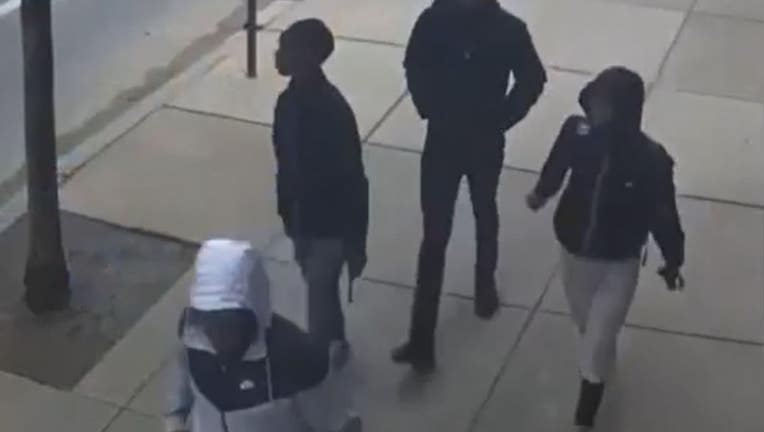 Police are searching for four suspects wanted in connection with an aggravated assault that happened in Center City last week.

The incident occurred shortly before 6:00 p.m. on April 6th when a 37-year-old man was standing on the 1300 block of Spruce Street and was attacked by a group of unknown males.

Police say the suspects punched the man in the face and kicked him in the head as he laid on the ground, breaking his nose and fracturing an orbital bone in his face.

Video provided by police shows the group of suspects walking down Spruce Street, but it does not show the assault. Police believe the suspects may be teens.

Police are asking anyone with information to contact them.