The fire broke out around 11 p.m. Saturday on the 1200 block of Honan Street in Chester. 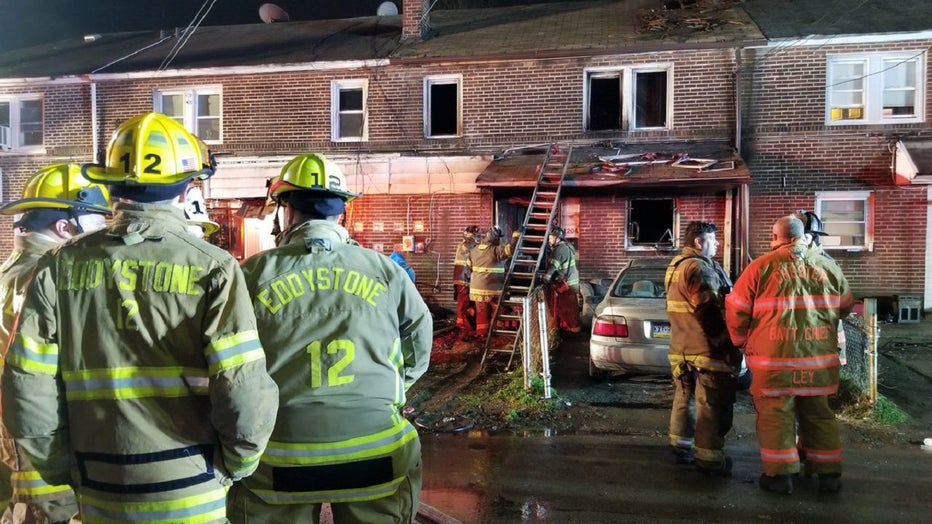 Officials said three connected and occupied homes were affected by the fire.

When crews arrived on the scene, an adult and three children were on the roof of their porch awning attempting to escape from the fire.

Authorities were able to rescue the victims and transport them to a nearby hospital. Another person was also hosptalized as a result of the fire. The condition of the victims is unknown at this time.