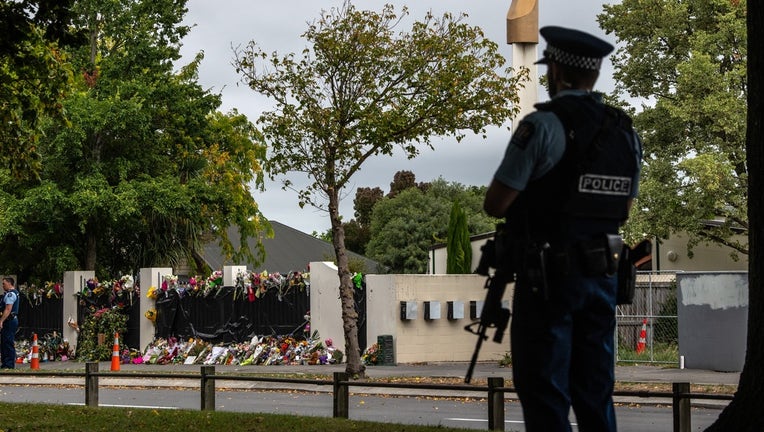 SYDNEY - The attack on a Texas Walmart that left 22 people dead bore all the classic hallmarks of America's cycle of mass shootings: A lone shooter. Multiple casualties. A white male accused of the crime.

But it also revealed a newer, emerging pattern: emboldened white supremacy. A racist diatribe published to the online message board 8chan. And apparent inspiration drawn from the Christchurch, New Zealand, mosque attacks earlier this year.

The El Paso massacre is the latest attack in which the gunman appears to have praised the March 15 shootings in Christchurch, where an Australian white supremacist is charged with killing 51 worshippers at two mosques.

Authorities are investigating the possibility that Saturday's shooting in El Paso was a hate crime, and are working to determine whether a racist, anti-immigrant screed posted to the 8chan board shortly beforehand was written by the man arrested in the attack. Though he was targeting Latinos rather than Muslims, the first sentence of the online rant expressed support for the Christchurch shooter.

For decades, mass shootings have been viewed through the prism of the lethal 1999 attack on Columbine High School in Colorado by two of its students. Columbine acted as an inspiration and symbol for lone shooters for years to come. But Christchurch seems to be gaining ground as a political symbol, as the racist views espoused by the man charged with the killings, Brenton Tarrant, continue to resonate with white supremacists half a world away.

"Christchurch was a symbol from the moment that Brenton Tarrant's manifesto appeared online," said Michele Grossman, a professor and research chair in diversity and community resilience at Deakin University in Australia.

The difference between Christchurch and Columbine - and the shootings each may have inspired - can be seen in the attacks' respective targets, Grossman said. The Columbine shootings were indiscriminate; in his journal before the attack, shooter Eric Harris wrote about wanting to kill humanity. The Christchurch attack had a very specific target: Muslims.

"Christchurch, looking at the manifesto, is about immediately an 'us and them' proposition: Our lands will never be their lands, they are invading us, they're trying to conquer us, and we have to fight back," Grossman said.

These recent attacks, she says, were designed to incite even more violence. "You might say that this is part and parcel of an effort to spearhead a revolutionary uprising to inspire people to say, 'If I can do this, you can do this, too,'" Grossman said.

That concern is especially intense in Christchurch. Muti Bari was not surprised when word of the Texas massacre reached New Zealand.

Bari has lived in fear of another attack ever since the day at Linwood mosque when he hid in a bathroom as the gunman slaughtered people a few feet away. When the police arrived, Bari had to jump over the bodies of his fellow worshippers to get out.

"The ideology exists, and we know that. And it's just unfortunate that people are acting as copycats now," Bari said. "That's a concern, obviously, for every Muslim living in the West."

He added: "We feel it - that it can happen anytime, anywhere."

Given how high profile and recent the Christchurch attack was, it's not surprising that it might be referenced by the El Paso shooter, said Jacinta Carroll, director of national security policy at the Australian National University. Terrorists, she says, try to justify their actions through references that build a narrative for their views or actions.

Paul Spoonley, who has researched white supremacist groups in New Zealand and is writing a book on the subject, said Norway's Anders Breivik is the mass killer who established the model for the type of attack seen in Christchurch.

Breivik, a right-wing extremist, killed 77 people in a 2011 bomb-and-shooting rampage. Each of the recent attacks has similar elements such as a manifesto and social-media use during the event, he said, and the actions are those of lone shooters with little or no contact with the organized far right.

"Christchurch is now part of the vocabulary and a reference point amongst hate groups, especially white supremacists," Spoonley said by email.

On Monday, New Zealand Prime Minister Jacinda Ardern was asked about concerns that the Christchurch attacks are starting to be remembered as a symbol for violent white nationalists around the world. She said any effort to prevent such spread of hate has to be a cooperative one.

"What I want to make sure . is that we do what we can to create a regulatory environment where we do not see violent extremism, and violence, and terrorism circulated online," she said. "But New Zealand can't do that alone. These are international platforms."

By posting a 74-page document on 8chan before the mosque attacks, the accused Christchurch gunman clearly tried to ensure his rampage - and his use of a conspiracy theory that contends elites are plotting to replace whites with nonwhite immigrants - would echo widely.

On Monday, NATO Secretary-General Jens Stoltenberg visited Christchurch and laid a wreath at a memorial outside the Al Noor mosque, where 42 worshippers died. While there, Stoltenberg spoke about links between attacks in Christchurch, El Paso and Norway.

"These attacks are committed by lone wolves, but they are at the same time connected," Stoltenberg said, adding: "I think it highlights that we have to fight terrorism in many different ways with many different tools."

Tofazzal Alam, who was at the Linwood mosque when the attack began, has tried to avoid news of mass shootings ever since. Every new attack sends him right back to the horror he endured on March 15. So hearing that the El Paso shooter may have been sympathetic to the white supremacist who attacked Christchurch was particularly painful.

"We want peace all over the world," he said. "Whether it's New Zealand or Australia or the U.S. or Canada, we want peace."