Lightning hits tree and tree falls on a tent with people inside; 9 injuries

Lightning hits tree and tree falls on a tent with people inside; 9 injuries

Officials say seven children and two adults were in the tent at the Dolphin Swim Club in Lower Southampton. Three people suffered undisclosed injuries that were described as severe, while the other six had minor injuries.

But, it was more than wind at work when the last tree came tumbling down on top of a tent, where nine people – children and adults – were sitting at the Dolphin Swim Club in Feasterville-Trevose. 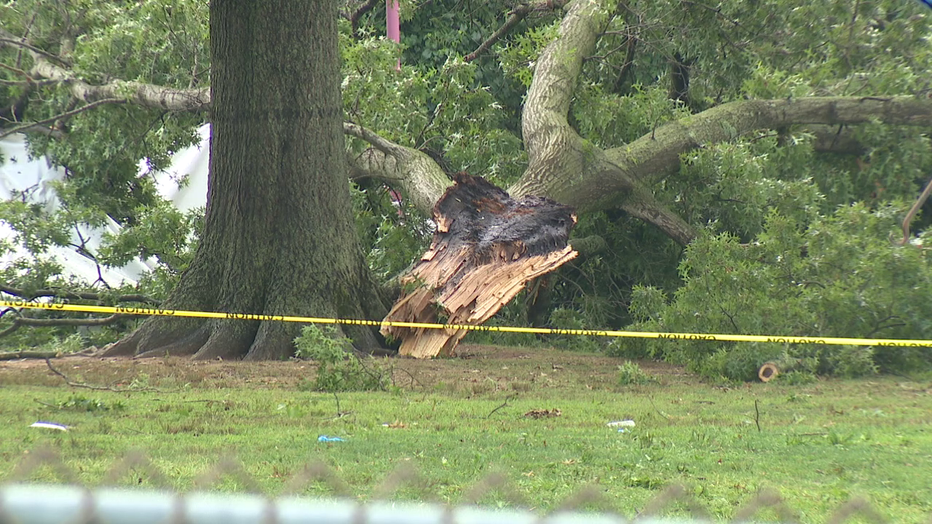 Lightning strikes a tree, which falls on a tent with people inside at Bucks County swim club.

Three people sustained serious injuries, including a reported back injury and two head injuries. The others sustained minor injuries.

Emergency officials say a bolt of lightning struck the tree.

“Lifeguards and staff that were here got everybody out before first responders got here,” Oettinger explained.

And, that was in minutes, Oettinger added. “The fire department came in and cut the tree apart from the tent to make sure nobody was underneath there,” Oettinger continued.

He says, amazingly, the tree did not fall directly on top of the family members under the tent. He says nobody was pinned down by the tree.

“Nine ambulances were here and everyone was transported to the hospital,” Oettinger stated.