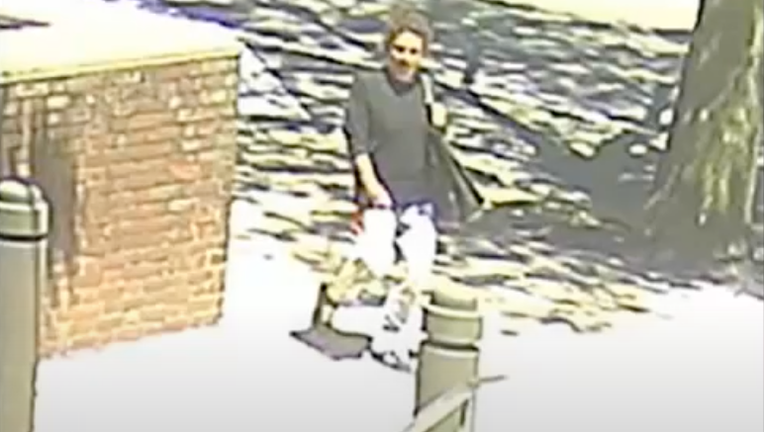 CENTER CITY - Authorities are searching for a woman who is accused of stealing a bike from a police cruiser last month in Center City.

Police say the suspect, a white woman in her 30's, took the bicycle off the back of a police car parked on North 6th street on June 14. The woman allegedly fled the area with the bike.

The suspect is described as a 5-foot-6 with dark hair and a thin build. She was seen on surveillance footage wearing a black t-shirt, light-colored sweatpants and dark sneakers.

Anyone with information about the suspect's whereabouts is asked to contact Central Detective Division at 215-686-3093.