Shawnette Wilson reports on the two Upper Darby police officers who delivered a baby on the road.

UPPER DARBY, Pa. - Baby William made his entrance into the world Tuesday, with the help of two Upper Darby policemen.

And, two Upper Darby officers are to be thanked for William’s safe arrival into the world. 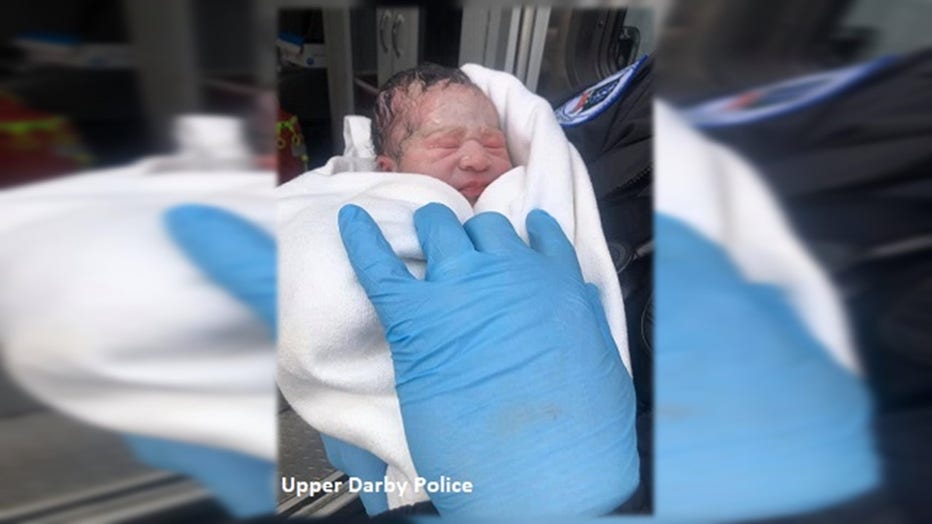 A typical scene on West Chester Pike in Upper Darby – plenty of traffic. What is unseen are the events in a car Tuesday morning.

“Her husband moved a cover that was covering her and we realized, at that point, that she was in labor,” Officer Matthew Rugh stated.

Upper Darby Police Officer Rugh was on patrol when he got the call about a medical emergency on the 7100 block of West Chester Pike, near the Terminal.

A friend was taking a husband and wife to the hospital, but the baby was en route, too and they weren’t going to make it.

“For me, all sorts of emotions. Scared, excited, anxious,” Officer Rugh added.

Officer Rugh explained in his six years with Upper Darby Police, it’s his first delivery call. Officer David Cullen also responded. Officer Cullen had a track record of delivering three babies before Tuesday, when he was an EMT and a medic in Afghanistan.

As the saying goes, team work makes the dream work.

"Luckily, I had Officer Cullen with me and all his medical knowledge and past experience. I was able to get through it very well,” Officer Rugh explained.

“When the baby came out, we saw the cord was wrapped around his neck and without even hesitating, Officer Rugh unwrapped the cord from the neck and made sure the baby cried and kept it in the proper position,” Officer Cullen said.

The family was taken to Delaware County Memorial where William Orlando is doing fine.

Officer Cullen has two daughters. And, Officer Rugh will be a father for the first time in August. He and his wife are expecting twins.

“I was ecstatic because I’m going through that, so it really opened my eyes to what I’m going to have to go through,” Officer Rugh added.