ROSEVILLE, Mich. (FOX 2) - It's been almost 20 years since Gretta Jackson first picked up the part-time server job at an Outback in Southfield to make a little extra money. But in nearly two decades she's clawed her way to the top and is the first Black woman in the Detroit area to own her own location.

From part-time server to owner: meet first Black woman to own Outback in SE Michigan

Gretta Jackson said the road these past 20 years wasn't easy but it was worth it as she got a title nobody has: the first Black woman to own an Outback Steakhouse in the Detroit area.

"You don’t have to make it in the history books in order to make Black history," she said.

Gretta was in her first semester of college 19 years ago when her daughter, Ashley, was born. She was young and needed to provide for her family.

"I made these decisions and choices and have to live with them but how, at 18, am I going to pull this off?" she said.

So she took a second job at the Outback Steakhouse in Southfield as a server to make a little extra money.

It wasn't easy - there were missed birthdays holidays along the past two decades - but now she's here. This month, Black History Month, Gretta can officially say she's the managing partner of an Outback in Roseville - the first in our area with such a title and she shared the news on Facebook which turned into an inspiring post to complete strangers.

"What started off as what I thought was just a simple post to celebrate a milestone in my life quickly turned into something else," Gretta said. "I could never imagined so many people would come to say hi and thank you and congratulations to me in person. I've had people send gifts, flowers, Edible Arrangements to the restaurant for me. Just an overwhelming amount of love and support."

Making it even more rewarding, she's hearing from other Black women who are trying to make it and is a beacon of hope. Even Ashley, now an adult, is seeing her mom a bit different now.

"(She thinks) If my mom can own her own outback there is nothing she can’t do," Gretta said. 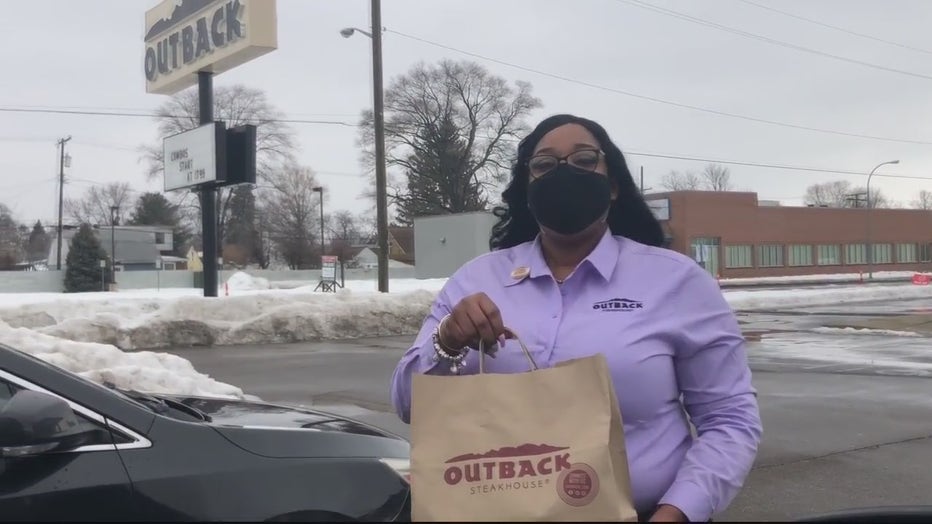 Gretta Jackson spent 20 years working in different roles at Outback Steakhouse but is now taking on a new one: the first Black woman to own an Outback in the Detroit area.