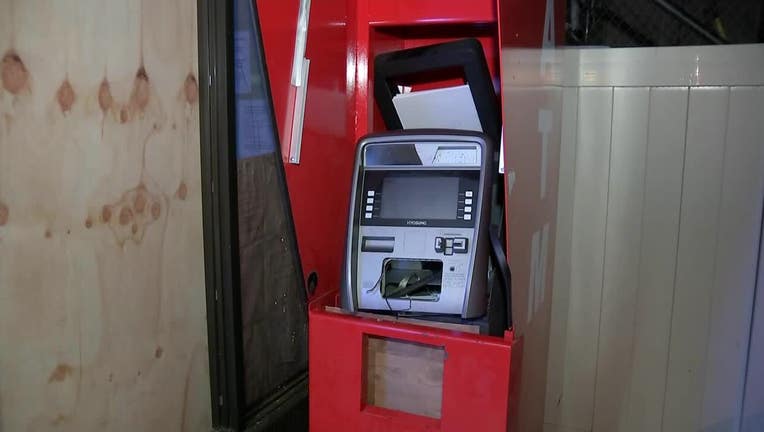 One of the ATMs was located at SEPTA's Chestnut Hill West station. A second was located outside of Dalessandro's Steaks in Roxborough.

Police say an ATM was also damaged by an apparent explosion at 50th and Market Streets on Monday morning.

ATM explosions were also reported at Royal Pizza on the 4200 block of Baltimore Avenue and the Fresh Grocer on the 5600 block of Chestnut Street Tuesday morning.

FOX 29's Steve Keeley reports bomb squad officials are investigating the incidents with the help of the Bureau of Alcohol, Tobacco, Firearms and Explosives.

No injuries have been reported in any of the explosions.

Police have not said how much cash, if any, was taken in any of the incidents.