Jack Carroll says his collection is a way for him to escape.

His collection fills up half his basement to the point where some might call this hobby an obsession. To Jack, it's all just a way for him to escape.

“It is quiet and stress relieving,” he whispered to FOX 29 photojournalist Bill Rohrer. 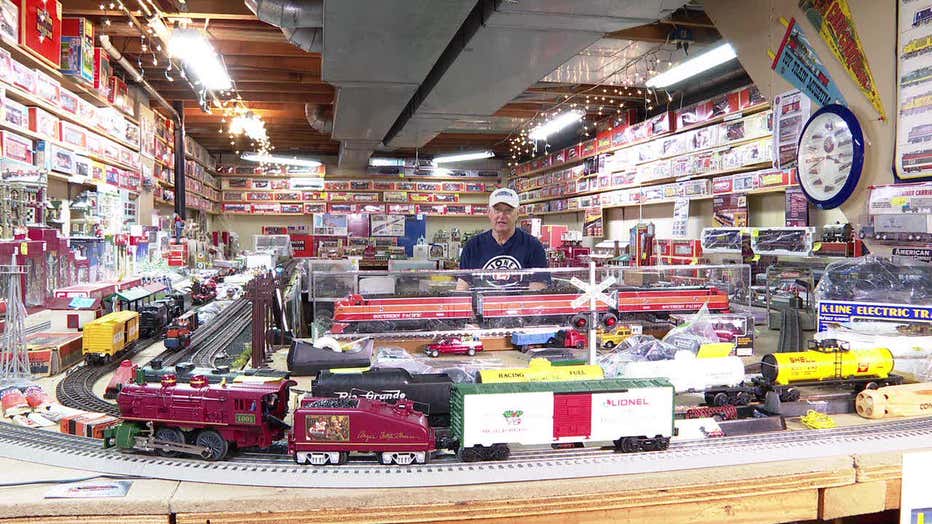 He got his first train set when he was five years old and it usually went up during Christmas. Until his father gave him the ok to keep it up year-round.

“I was watching how they would appreciate and so I started buying trains like I was making an investment in a stock or something,” Jack said.

Garage sales, flea markets, and train shows became weekend destinations. Eventually, Jack put together a collection that cost as much as a small house. Arthritis in his shoulder and knee pain are too much to keep up with the wiring underneath the tracks.

Then this past January, Jack was diagnosed with leukemia.

“It is sad but, we all go through things that we rather not go through. That’s the inevitable…that’s it. The big guy upstairs is calling the plays," he remarked

Jack says he wants to take the burden away from his family so he is selling his collection one train at a time, with the hopes they will go to families that will enjoy them as much as he does.