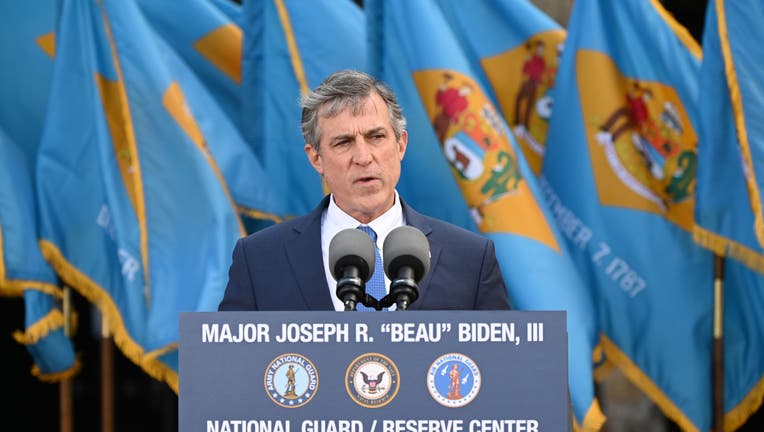 DOVER, Del. - Delaware Gov. John Carney called for more investments in education, the environment and affordable housing Thursday in his State of the State address.

Carney also is calling for $50 million in "Opportunity Funding" targeted at improving academic performance among "disadvantaged students," defined as low-income students, students whose first language is not English and students with disabilities.

Last year, Carney signed legislation mandating that weighted funding for disadvantaged students become a permanent fixture in the state budget. The legislation was required under the state’s settlement of a 2018 lawsuit alleging that Delaware was failing to provide adequate educational opportunities for disadvantaged students. The lawsuit also alleged that school property tax collections based on outdated assessments were partially to blame for the lack of funding, prompting ongoing property reassessments in all three counties. Under the 2021 settlement, Carney is required to seek appropriations of at least $50 million for the 2023-2024 school year and $60 million for the 2024-2025 school year.

"Ultimately, if we want to expand economic opportunity and build a competitive workforce, we need to start in our schools," the governor said Thursday, noting that too many students are "behind."

"All Delaware children will benefit if we can attract the best teachers to our state and keep them working here," he said.

Carney, who will unveil his budget proposal for the upcoming fiscal year next week, said his spending plan also includes more money for the Wilmington Learning Collaborative, a network of schools in three districts working to improve academic performance among students in Delaware’s largest city.

"We’ve been debating how to help these children for the past thirty years," he noted.

Carney’s environmental priorities include using federal funding to expand Delaware’s electric vehicle charging infrastructure, and restoring funding for clean-water programs. He also touted his proposal to plant a million trees in Delaware — one for every resident. The tally now stands at about 120,000.

In his address, Carney expressed frustration at the unsightly litter that lines roadways throughout the state.

"I can’t stand it. I’ll often stop my car to pick up litter on the side of the road … But we shouldn’t have to rely on other people to pick up our trash," he said.

The governor also bemoaned the fact that state government agencies and private-sector employers are finding it difficult to fill vacant positions, with the number of job openings far exceeding the number of Delawareans looking for work.

"We do have economic challenges ahead, for sure. But they’re unlike any I’ve seen during my time in public service," he said.

"For my entire career in public service, we’ve been focused first on creating jobs. There have always been more people looking for work than jobs available, "Carney explained. "Today, it’s just the opposite. … I’ve never seen a situation like this before."

After offering welcoming remarks, Carney encouraged lawmakers to work in a bipartisan fashion in a legislature where his fellow Democrats are firmly in control of both chambers.

"The people of Delaware want us to work together. They want us to focus on the work — not political infighting or distractions," he said.

"I’m looking forward to having a year in which we really are working together, because I think we need to hold the governor to that statement," said House Minority Leader Michael Ramone, R-Newark.

Senate Minority Whip Brian Pettyjohn, R-Georgetown, said the idea of Democrats working together with Republicans is "easier said than done," given what he described as "some very progressive movements" in the General Assembly.

"I think that those movements are ones that don’t necessarily reflect … what most Delawareans want," he said. "Most Delawareans want us to work together to get things done in this building, and not for one side to just ramrod their policies through when it’s not in the best interest of everybody in Delaware."