The Philadelphia Police Department is searching for two suspects caught on camera stealing ATM from the store at a North Philadelphia gas station.

PHILADELPHIA - The Philadelphia Police Department's Central Detective Division is searching for two suspects who were caught stealing from a North Philadelphia gas station on Thanksgiving.

According to police, it was just after 5:00 a.m. when two men entered the Getty gas station at 2401 North Broad Street and took an ATM machine.

Authorities say the suspects arrived and left in a car described as a dark-colored late-model Hyundai Tuscon.

Police are searching for two heavy-set men who were wearing dark clothes, according to officials. 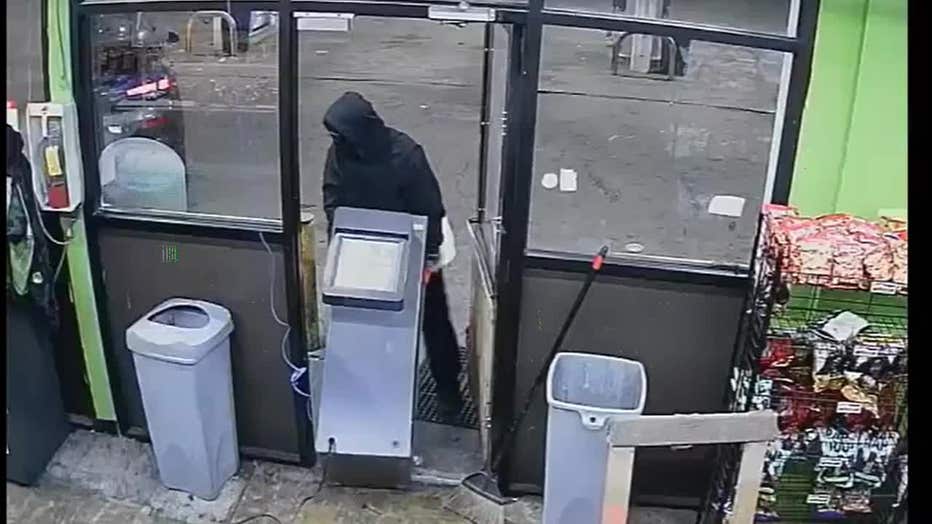 Anyone with information is asked to call police at 215-686-8477 or submit an anonymous tip online.