Four people were injured Sunday in a shooting at a mall in Lancaster County. Police say the victims are all expected to survive, but no information has been provided on any arrests.

LANCASTER, Pa. - A 16-year-old is facing charges in connection with a shooting Sunday afternoon at a mall in Lancaster, Pennsylvania. District Attorney Heather Adams has concluded that no charges will be filed on the armed civilian who intervened to dissolve the situation.

Police have charged Jeremiahs Josiah-Alberto Sanchez, 16, of Lancaster, with two counts of criminal attempt homicide, three counts of aggravated assault, 52 counts of recklessly endangering another person, person not to possess a firearm, possession of a firearm by a minor, carrying a firearm without a license and receiving stolen property.  He is being charged as an adult, according to the Lancaster County District Attorney's Office.

Police determined that the gun Sanchez is accused of firing was stolen from Lebanon County. 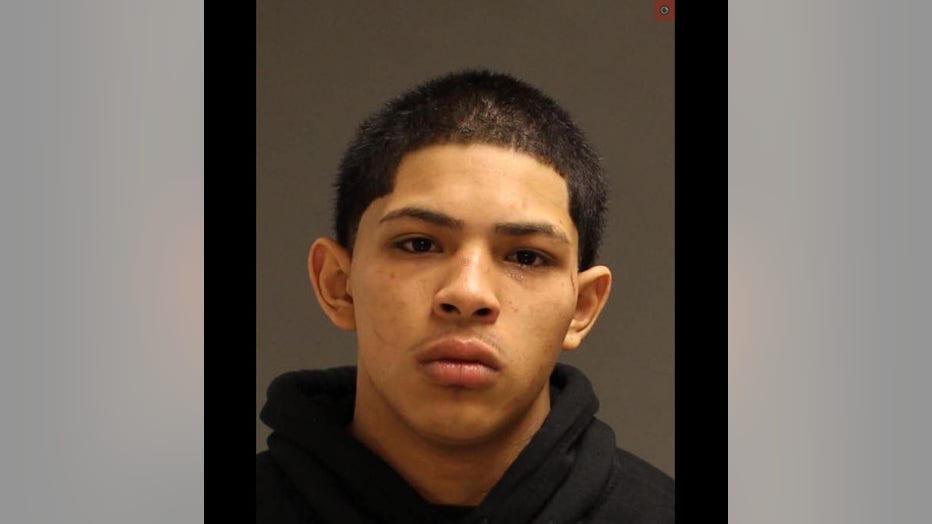 "It is very fortunate that more people were not hurt," Adams said. "The armed civilian’s actions were not only justified under the law, but potentially and likely prevented others from serious injury or death."

Investigators say the incident began when an 18-year-old man observed Sanchez and three others walking from the center court to the JC Penney wing of the mall. He confronted Sanchez which led to a physical altercation near Reeds Jewelry Store, according to the DA's office.

An altercation then ensued. The 18-year-old broke away during the altercation and at that time Sanchez pulled a concealed handgun from his waistband, firing two times toward him, who was struck once in the left thigh, investigators say.

The second round struck an uninvolved 30-year-old woman in the arm who was standing in the mall approximately 70 feet away.

Sanchez is charged with two counts criminal attempt homicide based on each of the shots fired toward the 18-year-old man, including the shot that struck the uninvolved woman.

One of the rounds allegedly fired by Sanchez also shattered a glass door and wall in the Sephora store while several uninvolved civilians were present inside. At the time the shots were fired, approximately 52 uninvolved civilians were in proximity to the incident including men, women, and several small children.  After hearing the initial shots, a 50-year-old uninvolved armed civilian, present at the mall, arrived at the location of the fight.

As the armed civilian approached the area where shots were fired, he observed the fight.  At that time, Sanchez allegedly fired another round. Based on the investigation it is believed this round hit both Sanchez and another man in the hand.

The Lancaster County District Attorney's Office says the shot fired by Sanchez struck less than a foot from the armed civilian. The armed civilian then immediately fired three shots at Sanchez in defense of himself and others. Preliminarily it is believed these shots struck Sanchez on the elbow and hit a wall. The civilian then told Sanchez to stop moving, kicked the firearm out of distance and held Sanchez at gunpoint until others arrived.

Sanchez had wounds on his hand, elbow and a graze wound on his face. A bystander began rendering him first aid.

He remains in the hospital under police guard. His injuries are not considered life-threatening. Sanchez will be arraigned at a later time and will remain in police custody pending arraignment.