SOUTH PHILADELPHIA - Block parties in Philadelphia have long been a rite of summertime.

“All the kids just got done with school, so we’re doing a block party to start the summer off,” said block party organizer Danielle Richardson.

As they’ve done every year for the past 24 years, or so, say neighbors on the 2700 block of South Fairhill Street. They get their application and $25.00 fee in early for at least four street parties a summer. But, this year is different.

"I got denied for all of them," Richardson stated. 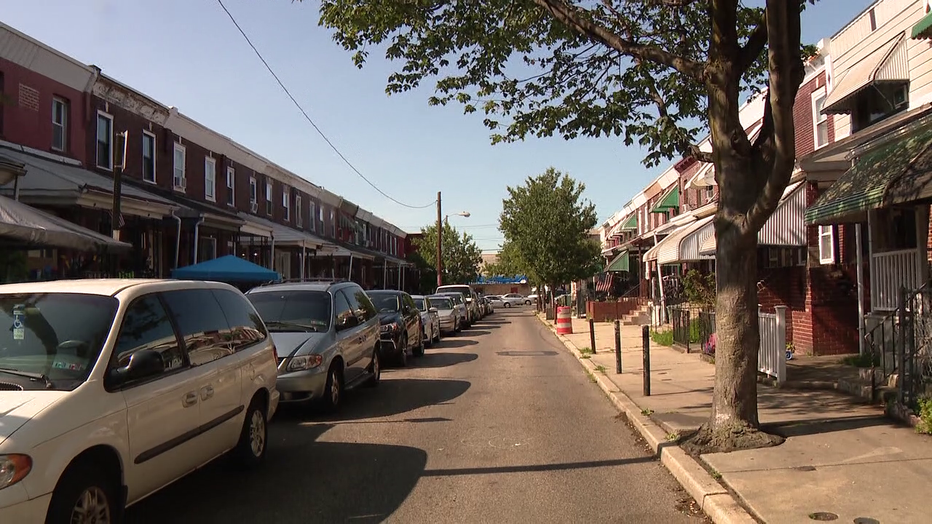 Block party in South Philadelphia denied after it was first approved.

In a letter from the Philadelphia Streets Department, citing the application was denied by police, the neighbors $100.00 money order was returned.

“I got a phone call on June 13th saying that two of the dates got approved and I’d be getting a phone call within this last week for the other two dates. And, then I got the letter in the mail on Friday saying we were denied and to call the police district to find out more information,” Danielle Richardson explained. 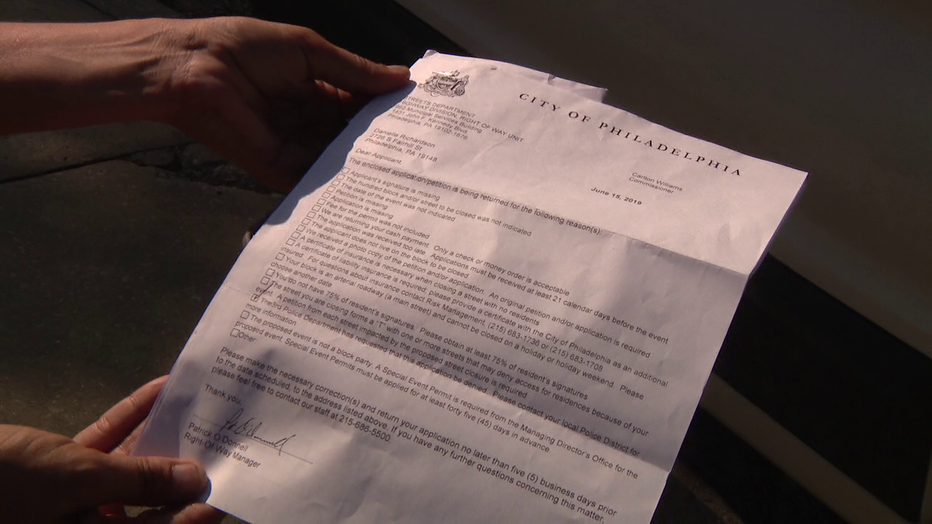 Block party in South Philadelphia denied after it was first approved.

Richardson says neighbors did that and they were given a verbal green light from 3rd District police to go ahead with their first block party.

But, when they blocked off the street Saturday morning, officers rolled up.

“I came back outside and they tell me all block parties are being denied because of increase in shootings and I had to unblock the street,” Richardson explained.

New block party permit restrictions reportedly went into place last summer in an effort to prevent the chance of violence and other problems on or near some neighborhood streets. But, Fairhill Street neighbors say they haven’t had problems.

Baffled by the confusion and sudden denial, especially since their block is also an approved city “Play Street,” meaning the street is blocked off Monday through Friday all summer from 10 a.m. to 4 p.m.

“What we do is keep our kids close to home. Not go on the corners. Not run around to other streets. Not be a part of all the crime,” Cindi Fields, block party organizer said.

So, for now, they entertain and keep their kids close on the sidewalk.

“We would love some answers to this because it’s a big deal to us,” Fields added.