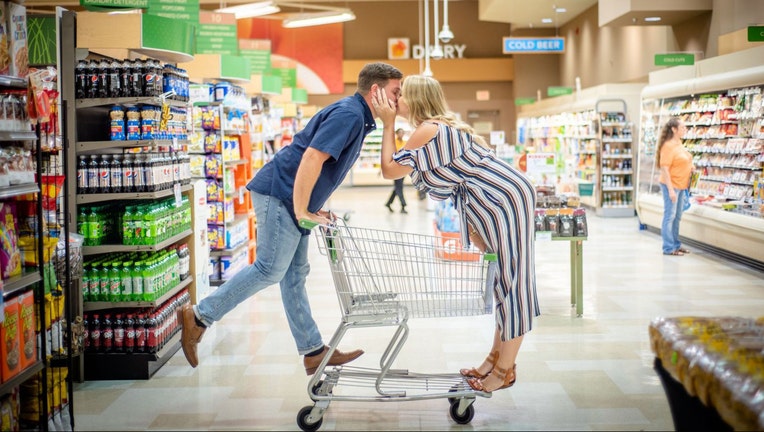 LAKELAND, Fla. - It's "where shopping is a pleasure," but for one couple, Publix is so much more: it's were their love story began.

Alexandra Darch says she and her fiancé, Dylan Smith, met three years ago while working at the Publix store in Lakeland.

After Smith popped the question, the couple decided to take engagement photos -- only to get rained out of the location they had planned.

That's when the couple's photographer, Jennifer Goodlet, had a unique suggestion. 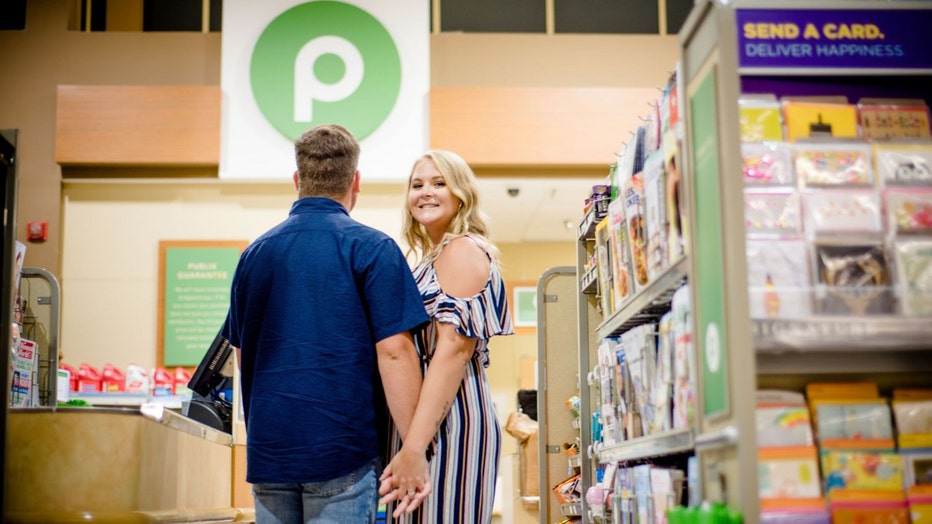 "Our wonderful photographer had this crazy idea about doing it at the store since that's where we first met!" Darch told FOX 13.

They got permission from store management, and took a series of pictures in the grocery store's aisles.

Their photo shoot shows the couple kissing and laughing in the floral and frozen foods sections, and sharing bites of the store's beloved chocolate chip cookies in the bakery.

Darch says she and Smith were thrilled with the end results.

"It ended up being an amazing idea and we're so glad we did it," she said. "They're all so genuine and really capture the love we built in Publix." 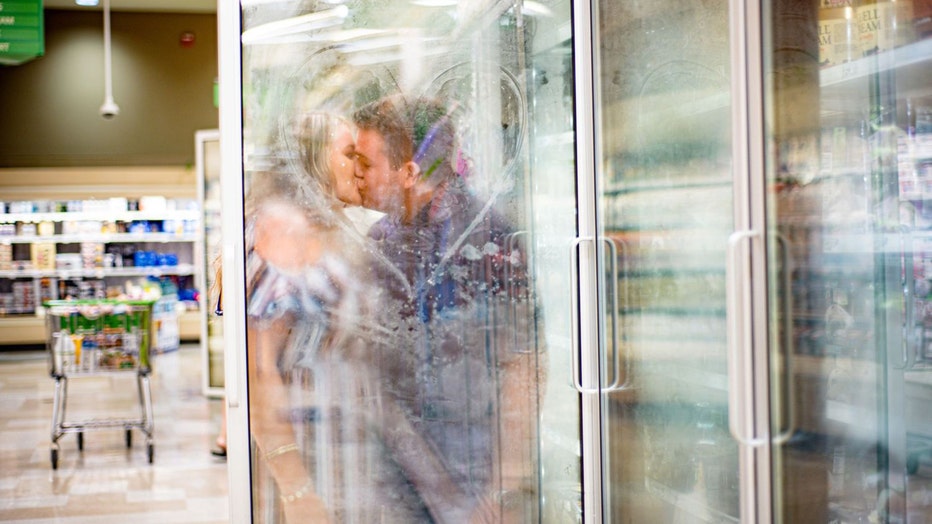 Their affinity for the Florida-based supermarket chain won't stop with their engagement photos: they plan to involve Publix in their January wedding as well.

"Of course we are having a Publix cake and are thinking of adding little things to incorporate Publix and how we met into the wedding," she said.