HUNTING PARK - Philadelphia Police and local communities working together to get guns off the streets. People in Hunting Park turned guns in for no reason, other than to get rid of them.

Taylor Memorial Baptist Church, in Hunting Park, is considered a safe space where one can go without judgement. Saturday morning, that message remained intact.

Minutes after opening their doors as a safe disposal site for guns, a man walked in with a plastic grocery bag containing a Serbian version of an AK-47, according to police.

The man did not want to do an interview, but told FOX 29 he just didn’t want the gun in his house.

“It has a very large caliber round that goes with it. It can cause a lot of destruction. Getting this gun off the street, it gets destroyed. All of these guns will get destroyed,” Sgt. Kevin Conway, with the Philadelphia Police, stated.

“It’s about a gun getting taken off the street,” added Pastor Stewart. 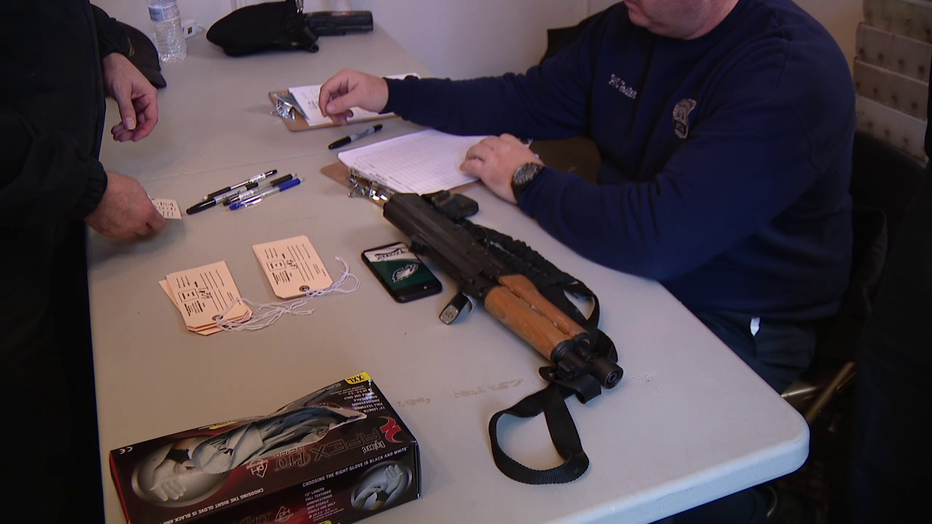 Pastor Stewart says he teamed up with other city and community members to host the drop-off after the city hit a grim statistic - more than 100 people under the age of 18 shot in the city in 2019.

Among the 10 guns dropped off by mid-morning between his church and a second location, were some replica guns, like a pellet gun. Police say, in a lot of ways, that is just as important.

“It actually looks like a 9mm semi-automatic handgun. If you’re armed, that’s going to be a bad situation,” Sgt. Conway said.

Pastor Stewart says the brainstorming of ways to get guns off the street needs to be on-going and a community-wide effort. He says the group intentionally did not give incentives for dropping guns off Saturday. People came anyway.

“I think it speaks to where the community is at this point that people are sick and tired of turning on the news and seeing senseless murders and shooting and young people now and women being shot dead in the streets,” Pastor Stewart explained.