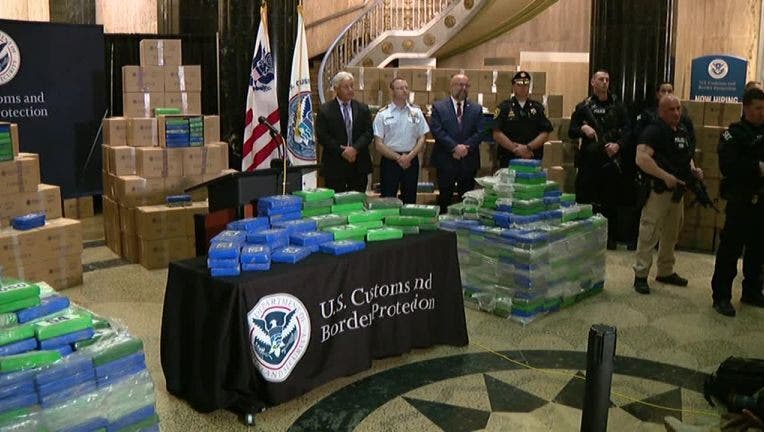 PHILADELPHIA - Customs authorities say even more cocaine was seized in a ship in Philadelphia last week than was originally estimated.

READ MORE: Crewmen to remain in custody in big cocaine haul from ship

The U.S. Customs and Border Protection officials said Wednesday that the final weight of the 15,000-plus bricks of cocaine seized from the Swiss-owned MSC Gayane was more than 39,500 pounds, or almost 18,000 kilograms, with a street value estimated at nearly $1.3 billion.

Officials originally estimated the weight of the drugs as over 35,000 pounds, or more than 15,800 kilograms, with an estimated value of $1.1 billion.

The Gayane, a cargo ship owned by MSC Mediterranean Shipping Co., was sailing under a Liberian flag. Five crew members arrested were ordered Monday to remain in custody pending trial on drug conspiracy charges. A hearing for a sixth defendant will be held later.