DA: Philadelphia man turns himself in, charged with murder of pregnant woman in Upper Merion

A Philadelphia man who was previously wanted in connection with the fatal shooting of a pregnant woman at a gas station near King of Prussia has turned himself in and is facing first-degree murder charges.

PHILADELPHIA - A Philadelphia man who was wanted for the murder of a pregnant woman in Upper Merion on Friday has been charged after turning himself in, the Montgomery County District Attorney announced.

According to officials, 38-year-old Rafiq Thompson is facing first-degree murder, Death of an Unborn Child, and related charges connected to the shooting death of 31-year-old Tamara Cornelius last week.

She was transported to Paoli Hospital, where she was pronounced dead at 11:09 p.m., according to investigators.

Officials said that Thompson and Cornelius had a previous relationship, and in the days prior to her murder Thompson texted her over 90 times and called her 20 times.

The pair agreed to meet at Cheesecake Factory in the King of Prussia Mall around 9 p.m. on April 8th, but Thompson left before the food came, investigators said.

It's believed that Thompson followed Cornelius as she left the restaurant at 10:15 p.m., walked to the parking garage and then drove to the Exxon gas station.

Police say as she was pumping gas when Thompson pulled up behind her with his headlights turned off. He briefly spoke to Cornelius, then fired a handgun at her several times, according to police. 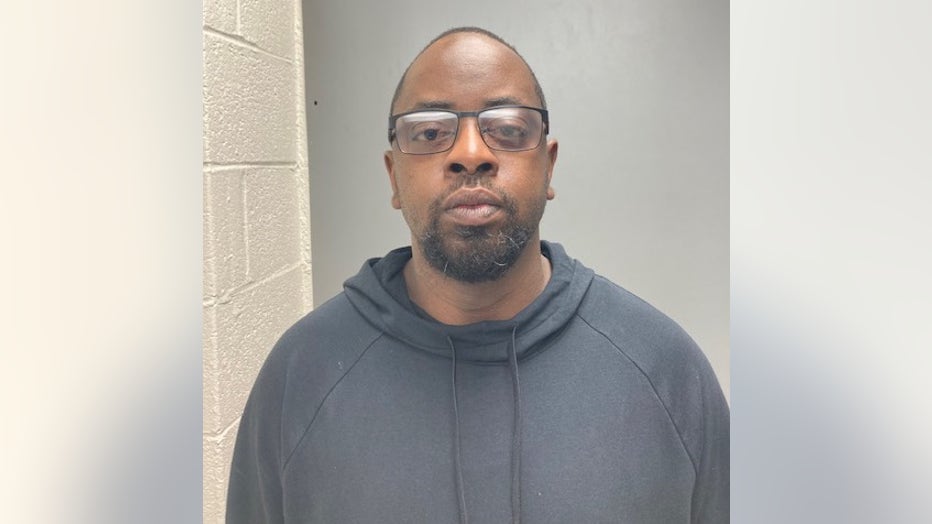 Rafiq Thompson of Philadelphia was charged with the murder of a pregnant woman in Upper Merion after turning himself in to authorities.

He continued to shoot her as she tried to get away, authorities say.

Investigators say Thompson tossed his gun and a magazine into a flower bed at Executive Terrace blocks away. Both items were later found by a groundskeeper who turned them over to police.

Prosecutors on Thursday shared more information about Thompson's violent past. In 2018, Thompson was sentenced to 3-6 years for intentionally striking his ex-girlfriend with his car and seriously injuring her two years earlier. She had an active protection from abuse order against Thompson.

The Pennsylvania State Patrol Board said Thompson was granted parole for several reasons, including completion of certain programs. He was released to community supervision in June 2019 after serving the minimum three years.

"If we find out who put that gun in his hands, that's a straw purchase, that’s somebody putting the gun in the hands of a criminal, and they have blood on their hands right now," Steele said.

Due to the first-degree murder charge, no bail is available for Thompson, the DA's office says.