'Enough is enough': Community comes together to call for justice in killing of 15-year-old Sean Toomey

A rally was held Tuesday for 15-year-old Sean Toomey who police say was shot and killed outside his family's house in Wissinoming last month. Investigators believe Toomey was gunned down while walking to his father's car. No arrests have been reported.

PHILADELPHIA - A rally to end the scourge of gun violence in Philadelphia was held Tuesday, and called special attention to the shooting death of 15-year-old Sean Toomey.

Police say Toomey was shot in the head outside his family’s home in Wissinoming on March 24. He later died from his injuries at the hospital.

Investigators originally said that Sean was hit by stray gunfire, but law enforcement sources told FOX 29's Kelly Rule that they believe he was shot while running from an attempted carjacking.

Sources said Sean was unloading water from his father's car when two men approached him and tried to steal the car. Sources also say investigators believed that the same two suspects attempted to carjack a woman as she attempted to park in the apartment complex across the street. 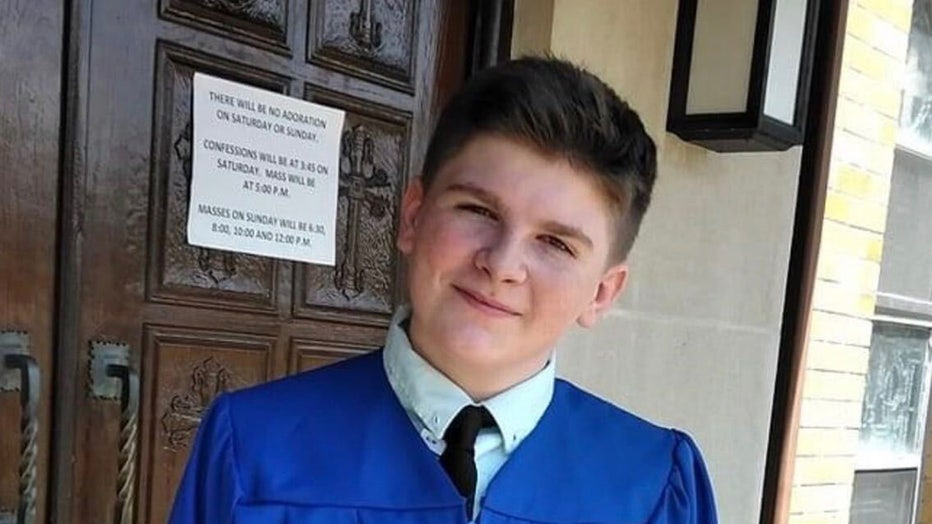 Philadelphia police shared images last week of two suspects who are wanted in connection with Sean's shooting death. No further descriptions or details about the suspects were provided.

"I'm still standing in front of you, but I'm not the man I used to be, there’s a big part of me that's missing," John Toomey said at Tuesday's rally.

John previously told FOX 29 that he thought the gunshots that stole his son's young life were fireworks. When Sean didn't return inside, John beacame concerned.

"I went outside and saw him lying in my neighbors' lawn," John said. "He was moaning, there was blood on his head and I couldn’t revive him."

Police have released photos of two suspects wanted in connection with the murder of Sean Toomey. The 15-year-old victim was retrieving a case water from his family's car when he was shot and killed in front of his Philadelphia home.

Neighbors and local business owners say they no longer feel safe due to the rise in crime.

"We leave on Wednesday nights at 8:30, so that could’ve just as easily been me coming out of driveway," said Anne Marie Muldoon who has owned a business in Mayfair for 30 years. "It could have been any of us."