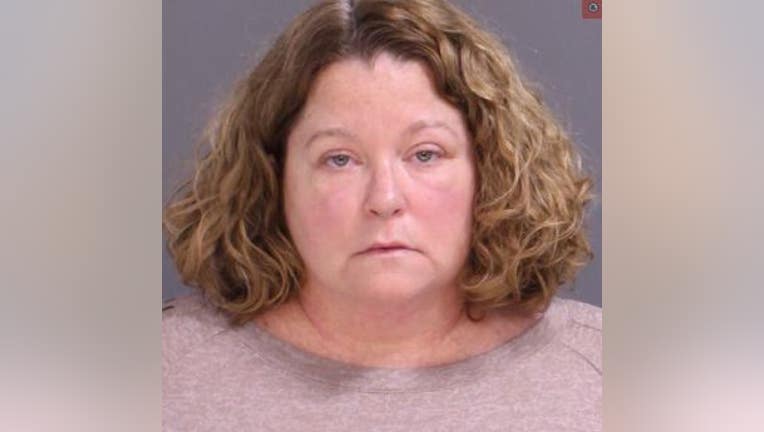 Prosecutors announced charges against a Lauren Landgrebe, 48, in connection with the death of an 11-month-old girl.
Photo: Bucks County District Attorney's Office

UPPER SOUTHAMPTON TWP., Pa. - A woman has been charged in the asphyxiation death of an 11-month-old girl at an unlicensed day care facility she ran out of her Upper Southampton Township home, prosecutors announced Wednesday.

Lauren Landgrebe, 48, was arraigned on felony counts of involuntary manslaughter, endangering welfare of children, operating a day care facility without a license and tampering with evidence.

Investigators say the baby girl died Aug. 27 from asphyxiation by strangulation after being placed incorrectly in a car seat and left unattended for about two hours while Landgrebe went swimming. The infant was found slumped in the car seat with the chest strap around her neck. She was rushed to Abington Hospital, where she died.

The child was one of eight children in Landgrebe’s care that day.

Landgrebe also is charged with theft by deception and receiving stolen property stemming from the theft of Social Security disability funds, which detectives discovered while investigating the child’s death, according to authorities.

The investigation is ongoing. A preliminary hearing is tentatively set for Dec. 12.