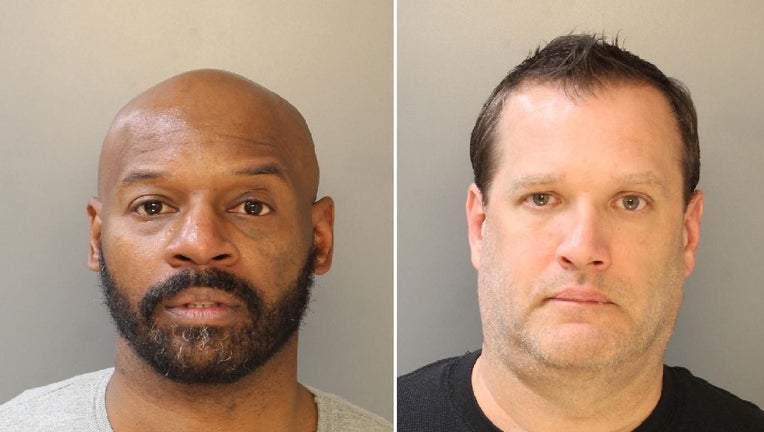 Williams and his relative, Edward Williams, were arrested following an investigation into stalking and harassment allegations.

Detective Williams was charged with tampering with public records or information, unsworn falsification to authorities, tampering with or fabricating physical evidence and obstructing administration of law.

Edward Williams, a SEPTA employee, was charged with unsworn falsification to authorities and obstructing administration of law.

In a separate investigation, Officer Charles Myers was charged with perjury, tempering with public records or information and unsworn falsification to authorities stemming from a 2017 incident.

Investigators say Myers made false claims that lead to the arrests of two men for drugs and weapons charges. Myers claims were later disproven by video evidence and the charges were dropped.

Philadelphia Police Commissioner Christine Coulter has suspended both officers for 30 days with intent to dismiss.