Delaware County community plastered with graffiti; dad makes sure son cleans it up

MEDIA, Pa. - A Delaware County father is not shying away from letting people know his son is learning a lesson. On Sunday, Media Borough police put out a list of street signs, businesses, and buildings that were tagged with graffiti over the weekend in the borough and in Upper Providence.

When FOX 29 showed up to the Rose Tree Colts Concession stand, behind Rose Tree Elementary School, two people were cleaning it. One of the men walked up and said the other person cleaning was his 21-year-old son, who was one of three responsible for the graffiti. 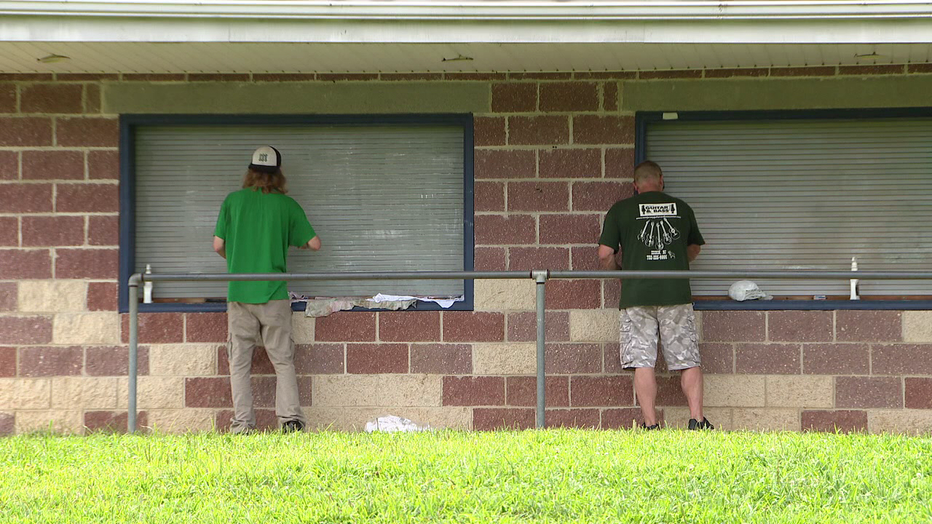 "I would be more happy had it not happened, but certainly I'm happy that he came forward," says William Scott.

Scott says his son came to him on Sunday morning to let him know that he made a big mistake overnight. He went with his son to turn him into police and the pair took off of work on Monday to clean-up. One of his other friends involved also helped with the cleaning.

"Kids make mistakes, I've made mine, I'm sure everybody has made theirs, I'm glad they're owning up to it," says Scott.

Among the locations tagged was the Media Youth Center on Youth Way.

"We're just disappointed that it happened; however, we felt like it wasn't a personal thing against us because there were a lot of different places hit," says Jennifer Pyc, the center's operations coordinator.

When Pyc learned that those responsible were doing the right thing, she said she felt encouraged. As a non-profit that works daily with kids, she says the outcome of this is what they preach every day.

"We're all about kids and life lessons and having people grow up and be responsible people in their community so what's happening right now would probably be what we would want to happen."

Police say while they have identified the three responsible but have not formally charged anyone yet.