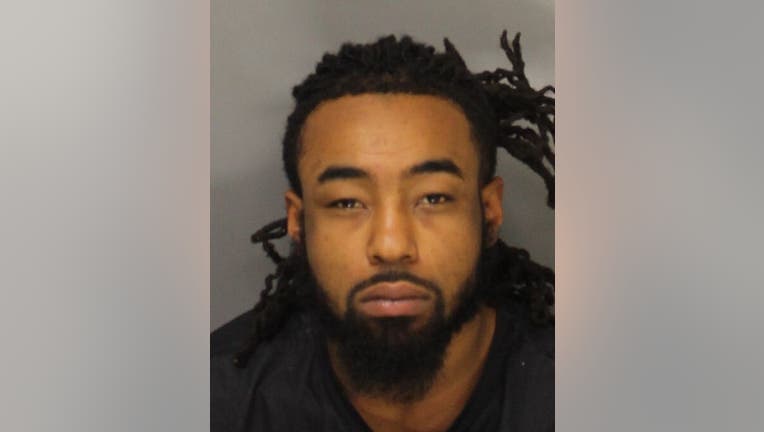 25-year-old Sherriff Potter with first and third-degree murder and related charges in the stabbing death of Kevin Canty.

CHESTER, Pa. - A Delaware County man wanted for a deadly stabbing was arrested on Monday when federal agents found him hiding in the basement ceiling of a property in Wilmington, prosecutors said.

According to investigators, on July 8 officers from the Chester Police Department were called to the 1600 block of Edgmont Avenue for reports of a single-vehicle crash.

Emergency medical responders noticed the driver, identified as Kevin Canty, was suffering from multiple stab wounds to the legs. Canty was pronounced dead at the scene, according to police.

An investigation found that Canty was allegedly stabbed by Potter during an altercation near Edgmont Avenue and West 21st Street. Prosecutors say the deadly altercation was caught on nearby surveillance cameras and Potter was identified with the help of witnesses.

Local authorities, along with members of the US Marshals Fugitive Task Force, tracked Potter to a home in Wilmington, Delaware on Monday. He was found by agents hiding in the basement ceiling and taken into custody, according to prosecutors.

Potter was denied bail and taken to George W. Hill Correctional Facility. He is due back in court on Aug. 8.