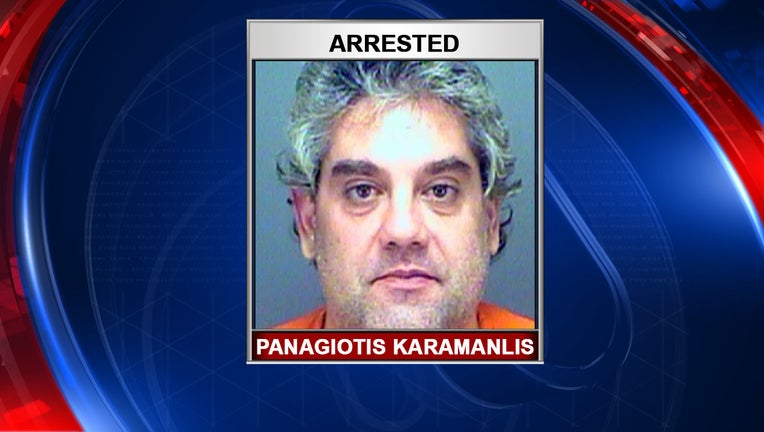 Deputies say an 11-year-old girl stabbed Panagiotis Karamanlis in the back with scissors because he was beating her mother.

PALM HARBOR, Fla. (FOX 13) - Deputies say an 11-year-old Pinellas County girl stabbed a man in the back with scissors because the man was beating her mother.

According to an arrest report, Panagiotis Karamanlis was holding a woman down while punching her in the face during an argument about text messages Saturday evening.

The woman begged him not to “do this in front of the kids,” but deputies say he did not stop.

That’s when the woman’s child grabbed a pair of scissors and stabbed Karamanlis twice in the back.

“Mommy, I stabbed him because I thought he was going to kill you,” the shaking girl told her mother, according to the affidavit.

The woman suffered bruises to her face. A 10-year-old child who was also present had to be treated for a panic attack.

Karamanlis, 44, admitted tussling with the woman but denied hitting her. He was charged with domestic battery and child abuse, and allegedly told arresting deputies that he intended to leave the country and go back to Greece.