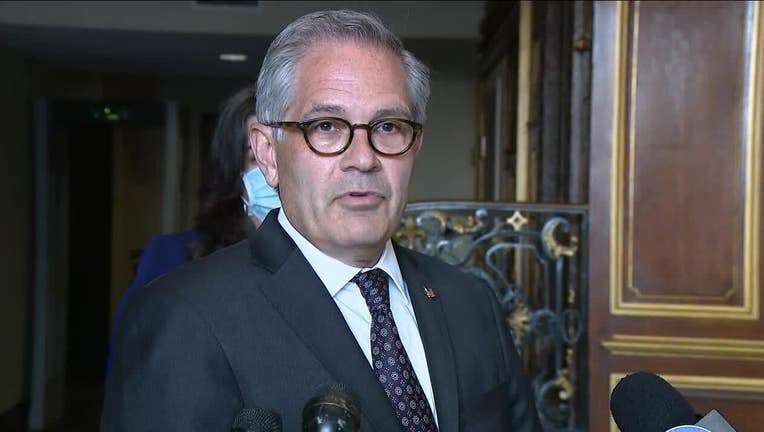 PHILADELPHIA - As Philadelphia surpasses more than 400 homicides in the year of 2021, city officials have begun speaking out.

Among them, District Attorney Krasner released a statement in which he continued to denounce ongoing gun violence.

The statement, which was released Sunday, called the violence "senseless and preventable".

In the past, DA Krasner has become emotional during press conferences as he cited the violence that impacted all Philadelphians.

In his most recent statement, Krasner explained that there was more than enough research and data in existence to start creating meaningful solutions to deter and help end the ongoing violence.

In full his statement read as follows:

"We should all be outraged that senseless, preventable violence continues to claim and break lives here in Philadelphia and in communities across the country that are also experiencing alarming increases in gun violence. We have seen cycles of increased homicides before, and we have more research and data than ever on which to formulate solutions.

"For starters, we simply must become a society that invests vigorously and continuously in children. That means safe, structured learning environments for all kids, in buildings free of neurotoxins and where regular access to nutritious meals is a given.  Kids also need quality, reliable after-school options, which should include clean playgrounds and recreation centers and open, staffed public libraries.

"As for the criminal justice system, we must absolutely restructure institutions so that violence prevention is a true priority. That means taking advantage of forensic technologies to solve shootings that are not captured on camera or for which there are no available eyewitnesses; shoring up training and staffing for homicide and non-fatal shooting investigations, so that far more than 29% of homicides and 15% of non-fatal shootings do result in arrest, and therefore accountability within the criminal justice system; and greater accountability to the public, so that there is more trust among community members and potential witnesses in the police and criminal justice system."