BALA CYNWYD, Pa. - A debate to end all debates…does diet soda help a person lose weight or does it hinder weight loss?

A new study suggests it’s not the soda, but what a person eats with it.

“They eat all kinds of things they shouldn’t eat, but at the end, they put their non-nutritive sugar-free sweetener in the coffee and it’s all good,” states Dr. Mike.

It’s all bologna, says Doctor Mile Cirigliano of Penn Medicine, who believes, for the most part, zero calorie sweeteners, like the one looked at in a recent study, taste much sweeter than sugar and may trick a person’s brain into craving really sweet foods that could lead to weight gain.

Not from that diet drink alone, but from what you eat with it or because of it.

“It might make you want to eat more calorie-laden foods because they are so sweet and it’s almost like an addiction,” Dr. Mike added.

Some shoppers may have a degree of confusion over the debate, like Paige McAfee at the Bala Acme store.

“It’s hard to know. I feel like every study has a study that says the opposite thing. So it is hard to know what to believe,” McAfee stated.

Not for Venus Neal, taking a lunch break in the café.

“I don’t even use artificial sweeteners. That’s something I don’t put in my body because I’ve got diabetes in my family and I’ve heard the studies that it actually can increase weight gain,” Neal remarked. 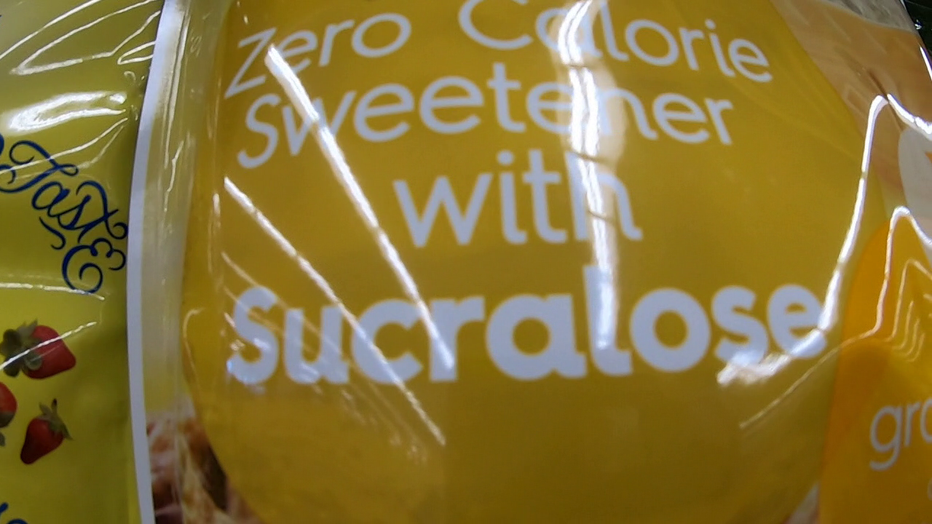 Critics of the new study out of Yale University say it’s too narrow, looking only at sucralose and not all of the other no-calorie sweeteners. Dr. Mike recommends flavored water, carbonated or not, to quench a thirst, when plain water seems too dull.

Neal swears by it.

“I live by the stuff. I drink it every day. It’s all I drink. It helped me stop drinking soda,” Neal explained.