Authorities say a 76-year-old man&nbsp;had a medical episode while behind the wheel causing him to crash&nbsp;into the front of the Target.

CHERRY HILL, N.J. - Emergency crews in New Jersey responded to a Target in Cherry Hill after a driver suffering a medical episode drove through the front of the store, leaving three people injured.

The crash occurred around 10 a.m. Thursday morning along Route 38.

Video from the scene showed a busted-out window in the front of the store, opposite the main entrance. 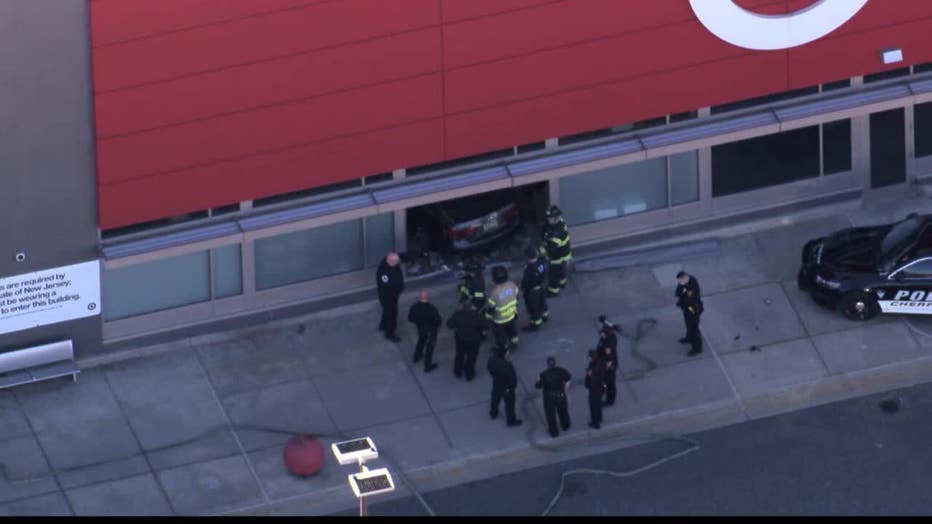 Three people sustained minor injuries after police say a driver suffering from a medical episode drove through the front of a Target store Thursday.

Authorities say a 76-year-old man had a medical episode while behind the wheel causing him to crash into the front of the Target.

"We are confident that a medical episode of the driver driving south here in the parking lot led him to accelerate into the front of the Target store," Lieutenant John Ostermueller said.

The driver, a passenger, and a target employee were all treated for minor injuries following the crash.

"It’s a busy foot traffic area, fortunately, no one was hit in the parking lot and fortunately the employee area of that store was relatively unoccupied," Ostermueller added.