NEWTOWN, Pa. - The Bucks County District Attorney is looking at multiple cases involving underage girls he says were target by drug dealers looking to push their product on the social media app Snapchat.

"Snapchat is very easy to engage people. I liken it to a person that's seeking to fish, to catch a fish, and they put 500 lines in the water, and they only have to catch one fish to make a victim," Bucks County District Attorney Matthew Weintraub explained to FOX 29's Shawnette Wilson.

It can happen on any online application, but in two recent cases in the county, Weintraub says the perpetrators used Snapchat.

"This is something we are seeing more frequently because wherever there is an easy way to sell an illegal substance or to find victims, that's where the predators will be," Weintraub added.

One of the suspects has been identified as 19-year-old Bahodir Jamolov. The other is 21-year-old Steve Chong. 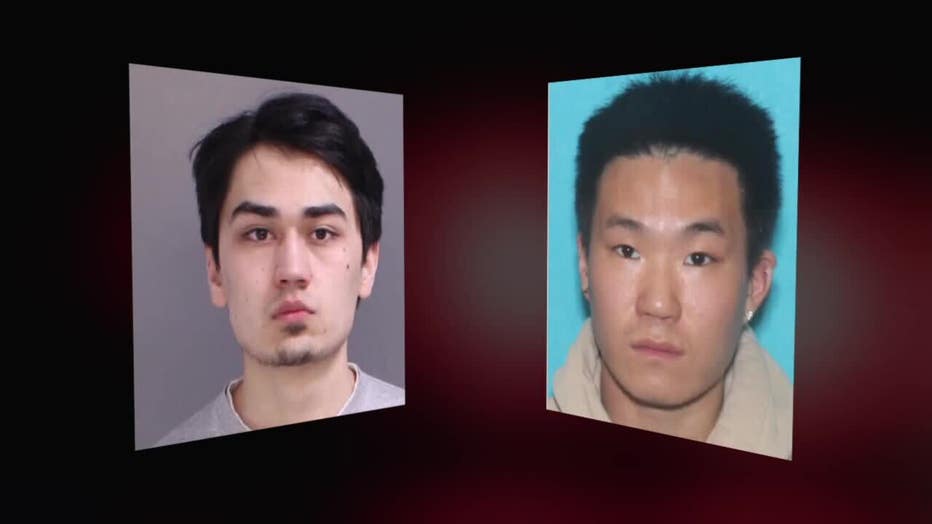 Investigators say they sold drugs to their victims, teenage girls under the age of 15, who they met and made deals with on Snapchat.

Authorities say it their alleged crimes didn't stop there.

"These two unsuspecting young people, not only purchased drugs form these two drug dealers, but engaged in illegal sexual acts," said Weintraub. "The young people frankly were victimized perhaps by their desire to try something they shouldn't have."

"I believe that at least initially, with one of the victims was partial payment for the drugs, and that's why we don't consider the victims to have consented to this because they're just too young," Weintraub added.

The investigation began last January when, according to two Newtown Township Police affidavits of probable cause, a parent reported that her daughter was sick after taking a drug the night before, along with two other teen friends who were all at the house. Police said one of the other teens had brought the drugs there.

The woman's daughter was treated at St. Mary Medical Center and the drug was believed to be acid.

Further investigation revealed that one of the teens told police in an interview she had bought 15 acid tabs in December of last year from a person she met on Snapchat.

She then met with that person at the Newtown Skate Park and told police she had bought illegal drugs from another Snapchat account in the past.

The other teen reported to police that she too had bought drugs on Snapchat, including mushrooms, acid, Xanax, MDMA, and Adderall. Those transactions all dated back to October of 2020.

Investigators also say they found video of sex acts saved to the Snapchat app involving a victim and a suspected dealer.

"We were able to take those clues, including usernames. One was 'techninja1' and one was 'nazplug,' and work back from there, work back to the source and identify who these people actually were," Weintraub explained.

Jamolov was arrested and posted $50,000 cash bail. Investigators say Chong fled to Korea after they seized his phone and before being arrested. He remains at large and is also charges as a fugitive.

"We live in a high-tech world that's going 100 miles an hour, but Shawnette, there is no substitute to having conversations with our kids. Talk to our kids everyday, but I'm hoping this story that you're doing will give some parents a reason to talk to their kids tonight at the dinner table."