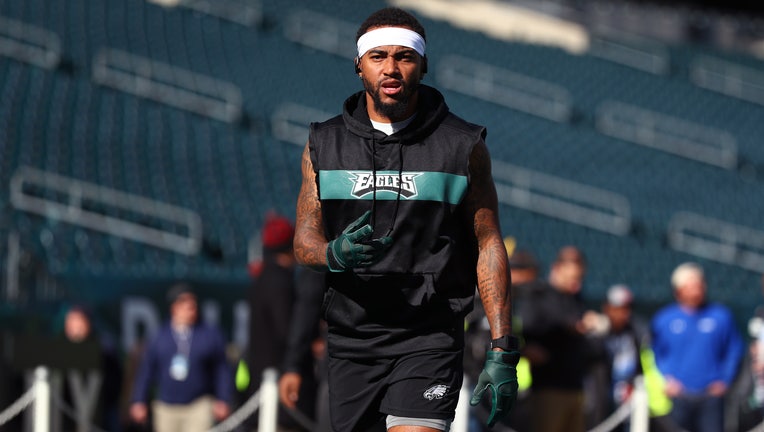 PHILADELPHIA - The Philadelphia Eagles have penalized wide receiver DeSean Jackson for "conduct detrimental to the team" after he posted antisemitic quotes on his Instagram story earlier this week.

"We as an organization want to help be an instrument for positive change. This can only occur through strong deliberate actions and commitment to learn and grow."

The team said through conversations with Jackson, both sides have devised a "concrete plan for how we can heal and move forward."

"[Jackson] understands that in order to remain on the team, he must also commit to supporting his words with actions," a statement read.

"DeSean and I spoke for a while (sic) last night. We're making plans to use our experiences to educate one another and grow together. Stay tuned," Edelman tweeted Friday morning.

ESPN's Adam Schefter reports that Jackson is "trying to educate himself." Schefter says he met with a group against anti-Semitism on Thursday and plans to meet with a 94-year-old holocaust survivor.

The Eagles say they have been encouraged by Jackson's "desire to educate himself," but the team acknowledged that there is still "work to be done."

"We will continue to assist DeSean in this process, and we also know that all of us in our organization need to listen and learn more about things that are unfamiliar or uncomfortable to us," the Eagles said.

​​For the latest local news, sports and weather, download the FOX 29 News app.