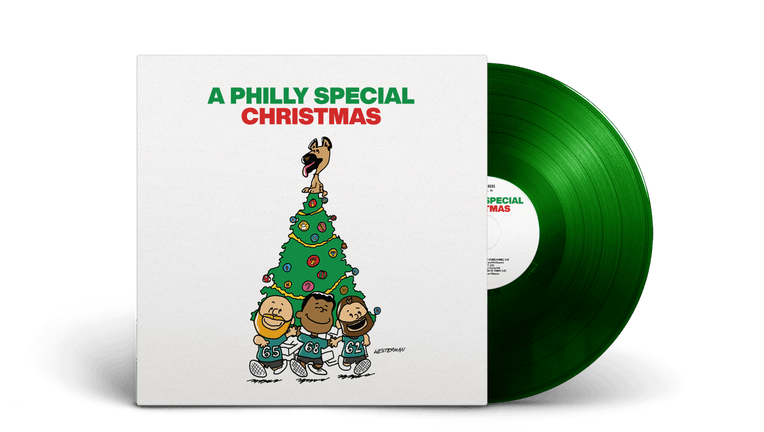 PHILADELPHIA - The Eagles are still on a winning streak on the field, but they are also winning off the field in charitable endeavors.

The album proceeds are set to be donated to the Children's Crisis Treatment Center's (CCTC) annual toy drive.

Vinyl pre-orders began on November 23 and officially sold out in early December, according to former Eagle turned-employee Connor Barwin.

"Thank you for all of your support. We are officially sold out!" Barwin wrote on Twitter.

The successful sales of the album shocked everyone involved, as it sold six times the number originally expected.

According to Barwin, the final batch of vinyl sold out in 120 seconds.

"Unfortunately, due to timing and production reasons, we are unable to make any more albums before the holidays," he said.

Despite this, he says the album can be purchased digitally on Apple Music beginning on December 23. There will also be added behind-the-scenes footage of the album recording available on the album's website and Instagram in the coming weeks.

Barwin says the album raised thousands of dollars for the CCTC and people are encouraged to still support the organization.

"Because of your amazing passion, over $100,000 is being donated to the Children's Crisis Treatment Center!" he said. "Your support is helping thousands of children have a Philly Special holiday season. We could not have done this without you."

Those who did not get their hands on a vinyl shouldn't fret. Barwin says the team is focused on the rest of the season, but they will be back.

"Do not worry: we are coming back next year, bigger and better. Until then, we have night more games to win," Barwin wrote.