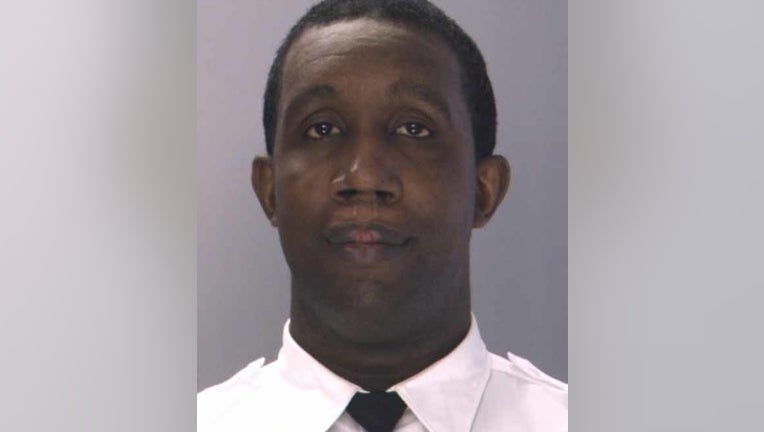 Former Philadelphia Police Sgt. Francis Rawls had been in federal custody since September 2015 because investigators could not read a pair of external hard drives that they suspect contain child pornography files.

HARRISBURG, Pa. - A former Philadelphia Police sergeant has been released after spending more than four years in jail without charges because he failed to unlock two of his hard drives for investigators who suspected he’d stored child pornography on them, his lawyer said Friday.

The 3rd U.S. Circuit Court of Appeals ruled 2-1 Thursday that federal law allows the government to hold someone for no longer than 18 months for civil contempt. The appeals court directed that Francis Rawls be set free.

Rawls had been in federal custody since September 2015 because investigators could not read a pair of external hard drives that they suspect contain child pornography files. He has maintained that he does not know the passwords, according to his lawyer, Keith M. Donoghue with the Philadelphia-based Federal Community Defender Office.

Donoghue said Rawls was released Thursday night, and faces the challenge of rebuilding his life outside jail. He was fired in 2015 after 17 years with the city police force.

A spokeswoman for U.S. Attorney William McSwain’s office, asked if prosecutors intended to appeal the decision or whether Rawls might face criminal charges, said only that they are reviewing their options.

A federal district judge ordered in 2015 that Rawls be held in jail indefinitely, but the appeals court said Rawls’ status as a witness in a federal court proceeding means the 18-month limit applies to him.

“Although Rawls maintains a dual identity — Rawls is a witness for purposes of contempt, while a suspect for child pornography offenses — we find that (federal law) caps Rawls detention for committing civil contempt in his capacity as a material witness at 18 months,” Judge Julio M. Fuentes wrote for the majority.

Judge Jane Richards Roth wrote in a dissent that the 18-month limit should not apply to Rawls because he is not a witness but rather someone who has not complied with a lawful search warrant.

“If Rawls should contend that he has forgotten his passwords, he is free to file a motion with the district court seeking his release on the ground that his confinement has ceased to be coercive and has therefore become punitive,” Roth wrote.

In a previous court filing, Rawls’ lawyers wrote that during a district court hearing, a detective “testified it was his ‘best guess’ that child pornography would be found on the hard drives.”

They also said Rawls remained jailed “rather than waiving his right against self-incrimination by testifying to his inability to comply with the decryption order.”