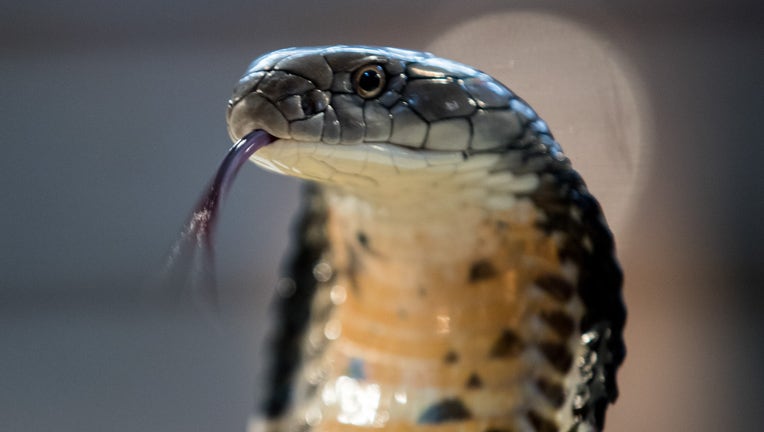 FALLS TOWNSHIP, Pa. - A Falls Township woman used a shovel to kill a cobra she saw slithering on the patio of her apartment.

Kathy Kehoe says the squawking of some blue jays outside her unit caught her attention Monday. When she looked outside, she saw a serpent that was about 4- to 5-feet-long.

The 73-year-old woman says she saw the spot on the snake's back and kind of nudged its tail. When it came up and spread its hood, she realized it was a cobra.

Kehoe then took photos of the snake before killing it.

The apartment complex in Falls Township is the same one where officials removed 20 venomous snakes from another apartment in March. But officials aren't sure if the cobra had escaped from that unit.