The parents of Ellen Greenberg are still searching for answers in the death of their daughter who was stabbed to death inside her Manayunk home over 10 years ago.

PHILADELPHIA - The parents of a young school teacher who was found stabbed to death inside her Manayunk apartment a decade ago have filed a lawsuit against the medical examiners office and are pushing for investigators to reevaluate the case.

Just days after 27-year-old Ellen Greenberg sent out save the date invitations to her upcoming wedding, her fiancé found her stabbed 20 times inside their 6th floor apartment.

Audio from the 911 call that Greenberg's fiancé made on Jan. 26 was recently shared on the nationally popular podcast CrimeJunkies.

"I went downstairs to go workout, I came back up, the door was latched, my fiancé is inside and she wasn't answering so after about half an hour I decided to break it down and I see her now just on the floor with blood, she's not responding,"

Police initially treated Greenberg's death as a suicide, then changed it to a homicide. Days later, the medical examiner's office switched the matter of death back to a suicide. But Greenberg's parents, Sandee and Josh, contend that Ellen could not have stabbed herself that many times and are pushing to have the case reopened.

"I want my daughter's name cleared, because there's no way that she could have done that to herself," Sandee Greenberg said on Good Day Philadelphia. 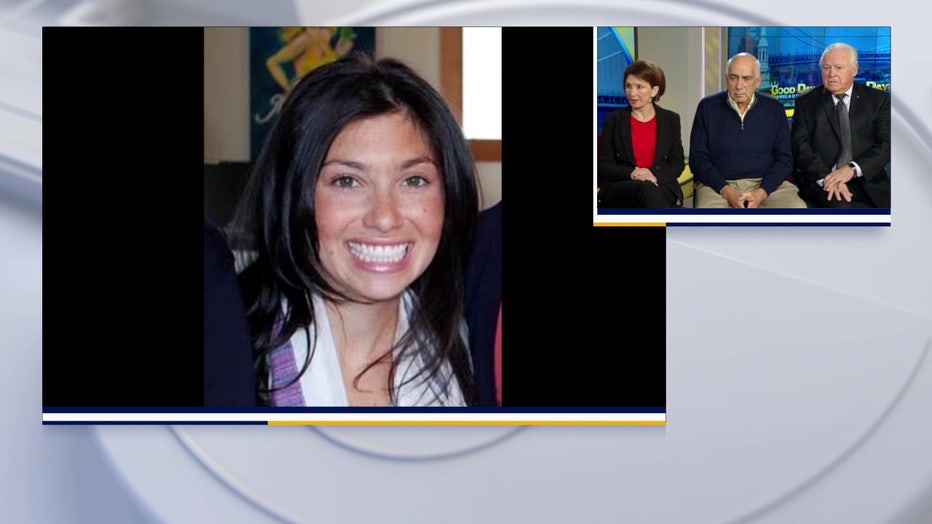 Ellen Greenberg was found stabbed to death 20 times in her Manayunk apartment in Jan. 2011.

The couple is suing the medical examiner's office and they were granted a non-jury trial to try to get the cause of death changed to "undecided" or homicide, according to Josh Greenberg. The Greenberg's hope the change would force investigators to reopen the case.

During an interview on Good Day Philadelphia, the Greenbergs and private investigator Tom Brennan said Ellen's fiancé's uncle removed items from the apartment after it was no longer a crime scene, including Ellen's two laptops and cell phone.

"Ellen’s death is nothing short of a tragedy, and our heart goes out to her family and friends. Her death is unimaginable and admittedly hard to accept, but all of the evidence thoroughly reviewed by our office and the findings of the medical examiner show this was a suicide. Allegations of new evidence have been unfounded. While it is heartbreaking to everyone that our investigation didn’t find the resolution her family wanted in this bizarre and perplexing case, there is nothing more for our office to do until and if legitimate new evidence is brought forward. At this time, no such information has been shared with our office not withstanding our request for interested parties to provide any relevant information."

Brennan claims the Pennsylvania Attorney General's Office promised to provide a forensic analysis of Ellen's laptop, but they never provided the report. The Greenbergs believe the analysis was never done.

The Greenbergs aren't the only ones pushing for the case to be reopened. A Change.org petition called "Justice for Ellen Greenberg" has over 115,000 signatures at this writing and urges the case to be revisited, claiming "top forensic pathologists all agree the case is highly suspicious of murder."