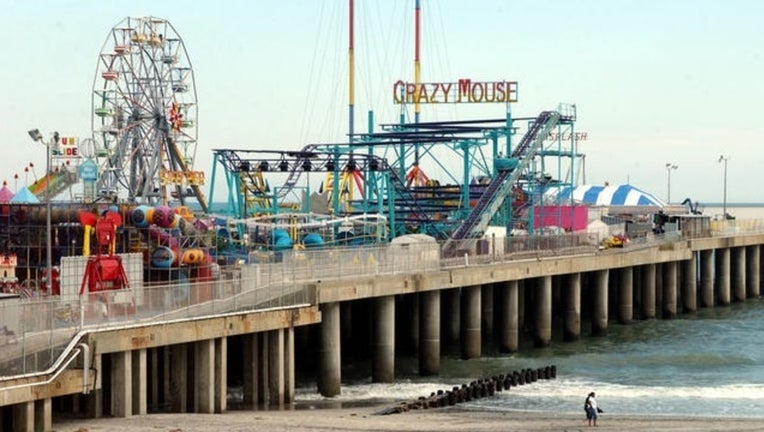 ATLANTIC CITY, N.J. - Federal prosecutors say a woman kidnapped from the Atlantic City boardwalk and a 14-year-old girl were victims of a man arrested on sex trafficking charges Tuesday.

David Williams, 35, was held without bail after a brief appearance in Manhattan federal court, where his lawyer declined comment.

According to a criminal complaint, Williams ran a sex trafficking business from the Bronx, where he brought a 20-year-old woman last February after meeting her on the boardwalk in Atlantic City, New Jersey.

The complaint said Williams and a woman who worked with him as a prostitute and is listed as a co-conspirator in court papers invited the woman to smoke marijuana with them in their car.

When the 20-year-old woman grew uncomfortable and asked to leave, Williams disallowed it and forced her to go with them to the Bronx, where he raped her at gunpoint in a hotel room, the complaint said.

After forcing the kidnapping victim to work as a prostitute, Williams left the woman alone in a hotel room with a cellphone a week later and she summoned police and was taken to a hospital, the complaint said.

In a release, U.S. Attorney Geoffrey S. Berman called human trafficking a priority for his office.

“It is reprehensible that a person would forcibly force another human being into sex and seek to profit from it,” Berman said.