Study: Average millennial has $8,000 net worth

“I have many of my retail clients that say to me, we have to win with the millennial. But what the data really tells me is perhaps it's the millennial who's not winning,” one of the study authors said.

LOS ANGELES - It's been reported that millennials are waiting longer to get married, have kids and become homeowners, and according to a new study, it's not because they just want to be “different.”

Americans between the ages of 18 to 35 have an average net worth of $8,000, a 34 percent decrease since 1996, the consumer study by professional services network Deloitte found.

In fact, millennials are "dramatically financially worse off" than previous generations at a similar age, the study states.

Homeownership among the generational group declined by more than 4 percent between 2007 and 2017. While there has been a rise in the education level of millennials, student debt has also increased for those under age 30 by 160 percent, according to the study.

The authors of the study wrote that the findings debunk many conventional wisdoms about the generation. 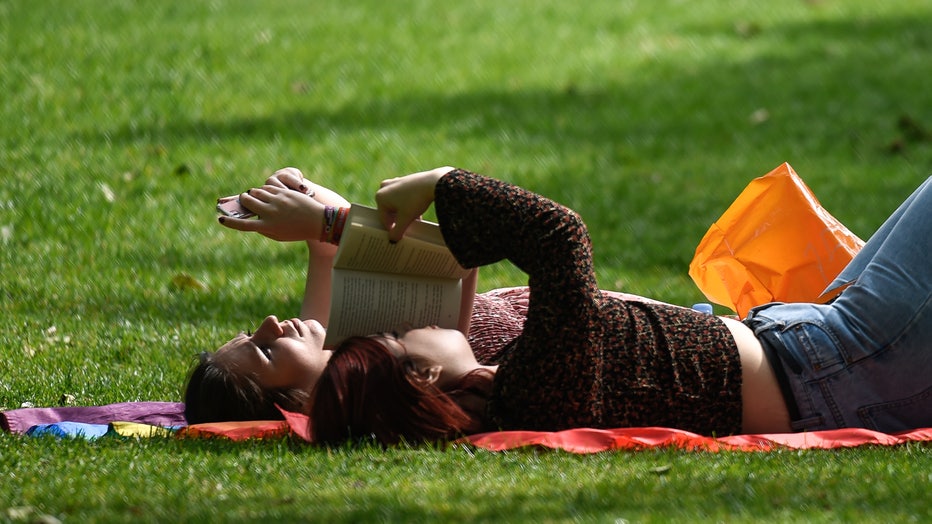 A woman reads a book next to her friend who is on her phone while relaxing in the sunshine in this file photo taken on May 15, 2019 in London, England. (Photo by Peter Summers/Getty Images)

“What we learned is that the consumer hasn't fundamentally changed, but to the extent they are changing is because the environment around them is evolving, characterized by economic constraints and new competitive options,” the study said. “They’re changing because of the financial constraints they find themselves in.”

The study did find that since 2005, “the retail market has been growing and continues to expand” in the U.S. by about 13 percent. Researchers, however, attributed that rise to population growth rather than people spending a greater amount of money.

“I have many of my retail clients that say to me, we have to win with the millennial. But what the data really tells me is perhaps it's the millennial who's not winning,” Kasey Lobaugh, one of the study authors, told NPR.