Fire at Normandy Farm Hotel contained to one building

Blue Bell, Pa. - An overnight fire at a popular hotel and wedding venue in Montgomery County was contained to just one building and should not impact future operations.

Firefighters were called to Normandy Farm Hotel & Conference Center on the 1400 block of Morris Road around 8 p.m. Thursday. Heavy smoke billowed from the Carriage House, which holds nine hotel rooms. 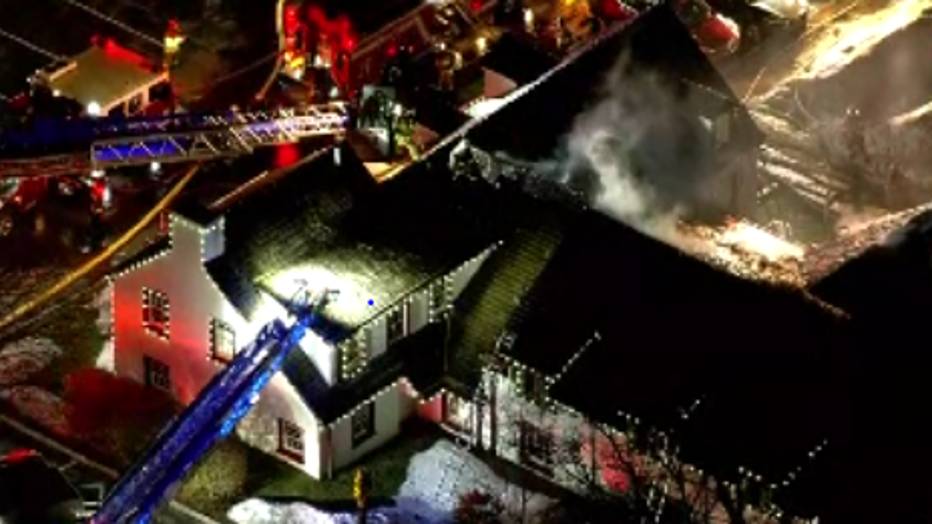 It took crews around two hours to place the blaze under control. No injuries were reported.

Normandy Farms said in a Facebook post that the fire "will have no impact on any other operation." The hotel plans to open for regularly scheduled hours and events on Friday.

Fire investigators are working to determine what sparked the blaze.