FOX 29's Hank Flynn has more on a 3-alarm fire that broke out inside a dilapidated apartment building in Camden.

CAMDEN - No firefighters were injured after an explosion during a 3-alarm fire tore off the back corner of a dilapidated apartment building early Wednesday morning in Camden.

Crews from the Camden City Fire Dept. were called to a rundown apartment on the 3400 block of Cramer Street and found heavy flames billowing from the upper floors. 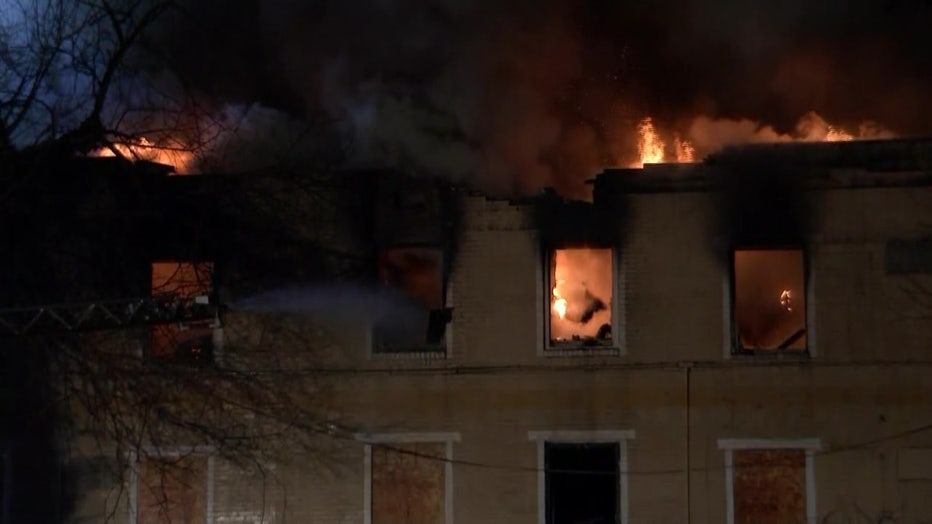 Firefighters entered the building through a rear stairwell but they needed to retreat as the flames intensified on the third floor. During the battle, which lasted about three hours, something ignited and caused an explosion inside the building.

The flames raged for about three hours until firefighters were able to place the fire under control around 3 a.m. Crews remained on the scene for several hours to douse hot spots. 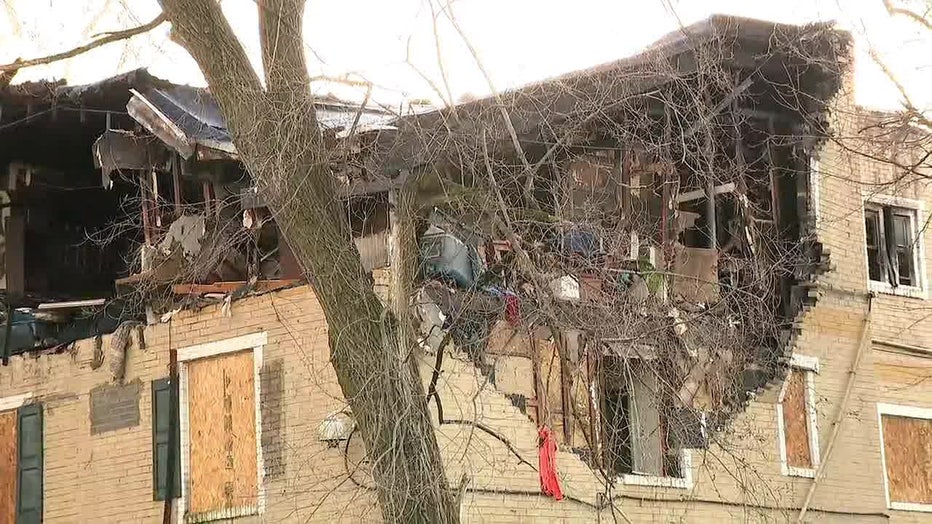 A fire at a rundown apartment in Camden caused an explosion which left a large hole in the exterior of the building.

Officials do not know what sparked the fire and subsequent explosion. Neighbors suspect people have been living inside the building to escape the cold.

This is not the first time a fire has destroyed the former apartment building. Prosecutors in October charged a 34-year-old homeless man with intentionally setting the building on fire, which killed two people and injured seven others.