Police are continuing their search for the suspect or suspects who shot two police officers in Philadelphia during Fourth of July celebrations. Former Philadelphia Deputy Police Commissioner Joe Sullivan joins FOX 29 to discuss the investigation.

PHILADELPHIA - The Philadelphia Fraternal Order of Police Lodge #5 is offering $42,500 for information that leads to the arrest of a suspect or suspects who shot two police officers during the city's Fourth of July celebration on Monday night. The reward issued earlier this week, which was $20,000, has grown to $42,500 from several donations on Wednesday.

A massive crowd of spectators gathered in Philadelphia to watch performers, including Jason Derulo, and fireworks to celebrate America's independence when gunshots erupted.

Hugh E. Dillon, a photographer and owner of Philly Chit Chat, details the chaos after a shooting at 4th of July celebrations in Philadelphia.

Authorities say a large police presence responded to the 2500 block of Spring Garden Street around 10 p.m.

A Philadelphia police officer assigned to patrol suffered a graze wound to the head and the bullet miraculously lodged in his hat instead of striking his head, authorities say. 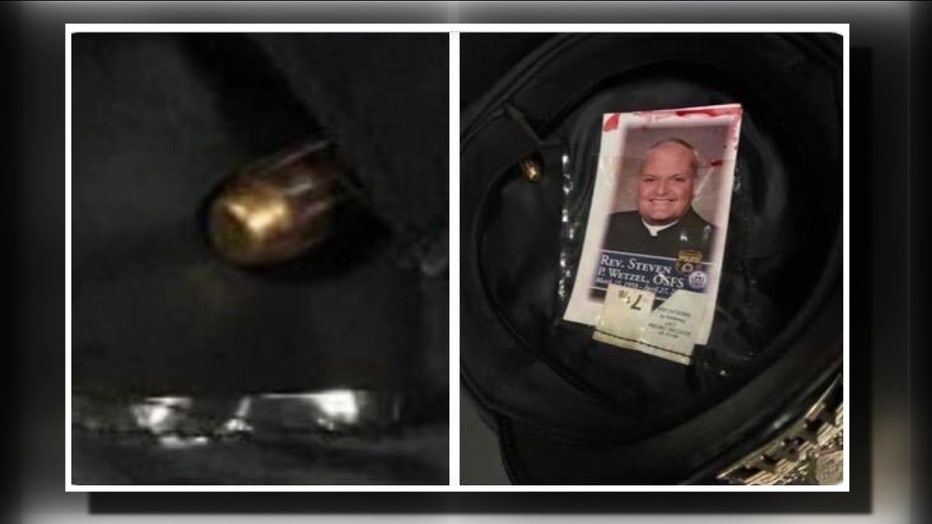 A second officer, a member of the Montgomery County bomb squad, was shot in the right shoulder, according to police.

"We were inches away from planning a funeral for at least one brave Philadelphia Highway Patrol officer as a bullet lodged in his cap," said FOP Lodge #5 President John McNesby. "There are too many guns on our streets and far too many individuals acting recklessly with these deadly weapons."

The group says tips from the public will help solve the case.

"Police need our help to solve this horrible crime," FOP Lodge #5 said. "The FOP will reward will be paid immediately if someone calls in with a tip that leads to an arrest."

SKYFOX over Philadelphia where cleanup is underway after Fourth of July celebrations.