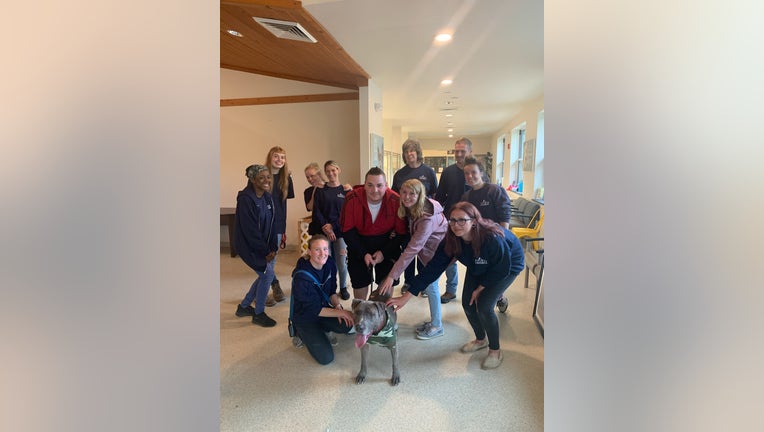 Dash will now have to give up his title as the longest resident at the Burlington County Animal Shelter in Westhampton.

The shelter says they spent the past 20 months trying to find a loving family for Dash - even posting his photos on pizza boxes! A few weeks ago, they finally found the perfect match.

"After nearly two years, Dash is going home to a loving family, and we couldn’t be happier," said Burlington County Commissioner Felicia Hopson.

"He was very sweet and playful, and it felt like a good fit for us," Eifert said. "When we heard how long he’d been in the shelter, we knew we couldn’t pass him up."

Eifert and her fiancé Nick Butler brought Dash home, where they say he is "doing well."

"He’s loved everyone he’s come in contact with," Eifert said.