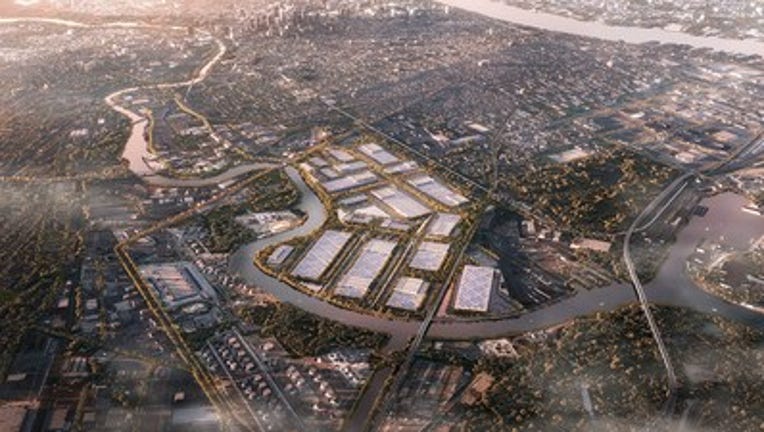 PHILADELPHIA - A South Philadelphia refinery that exploded back in 2019 will be rebranded.

Officials announced Monday that there will be a new brand and identity for the former Philadelphia Energy Solutions refinery. Instead, the 1,300-acre property will now be called the Bellwether District.

According to officials, the Bellwether District will act as an "economic engine" for the City of Brotherly Love while driving change and growth by bringing thousands of jobs to the area.

It's projected that the Bellwether District, billed as a "once-in-a-lifetime project", will generate an estimated 19,000 permanent jobs over 15 years.

"Nowhere is the story of re-creation and re-envisioning being played out more dramatically than it is here at The Bellwether District in Philadelphia," says Roberto Perez, CEO of HRP.  "The Bellwether District is a holistic, thoughtful reimagining of post-industrial property into a cleaner, greener, and more sustainable workplace for generations of people and businesses."

The Philadelphia area can expect to see The Bellwether District advertised starting this week.