PHILADELPHIA - The former dean of Temple University's business school has been charged with falsifying data to boost the school's rankings, draw more students and vastly increase the school's revenue.

The information about student test scores, work experience and other data helped the Philadelphia university's Fox School of Business claim the top-ranked spot on the magazine's influential list of online MBA programs for several years and quadruple its enrollment.

The school charged about $60,000 for its online MBA and enrolled more than 330 students by 2017, before the scandal broke and Fox was removed from the rankings. By 2019, enrollment dropped to 106 students.

"This was not a victimless crime. The victims are students and graduates and donors to the Fox school, as well as other universities and their students that were cheated out of their legitimate rankings," Acting U.S. Attorney Jennifer Arbittier Williams said at a news conference Friday afternoon. "When a university’s statistics and metrics are tainted by fraud, the resulting harm extends far and wide and creates a loss of faith in the value of academic institutions." 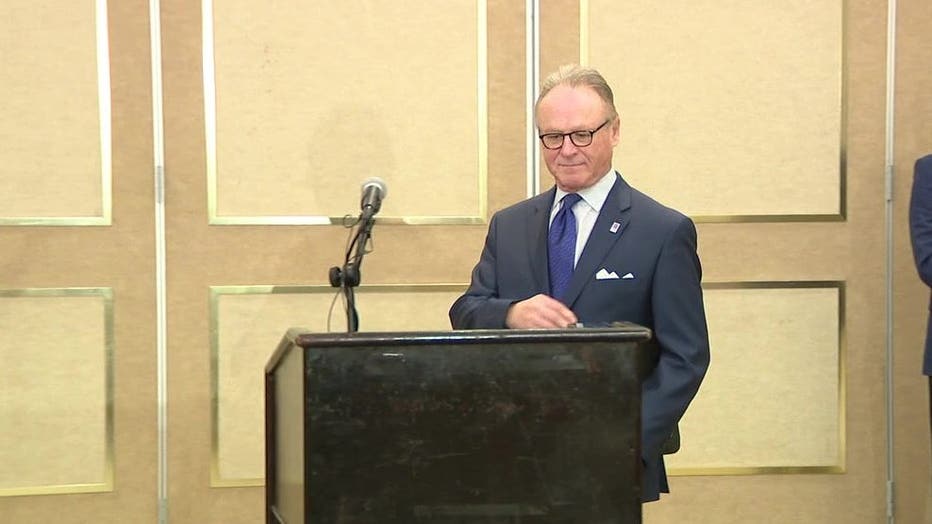 Moshe Porat, 74, has been indicted on charges including conspiracy and wire fraud for allegedly submitting phony information about its graduate business programs to U.S. News & World Report.

The indictment follows both a state investigation by Pennsylvania Attorney General Josh Shapiro, which led to a settlement with Temple, and an ongoing $25 million defamation lawsuit Porat filed against Temple and its president over his 2018 ouster.

Defense lawyer Michael A. Schwartz said Porat "vigorously denies" the charges and has been cooperating with federal investigators.

"Dr. Porat dedicated forty years of his life to serving Temple University, first as a faculty member, and ultimately as dean of the Fox Business School, and he did so with distinction. He looks forward to defending himself against these charges and to clearing his name," Schwartz said in a statement.

According to the indictment, Porat ordered his staff to send inaccurate information about the program after learning that U.S. News & World Report lacked the resources to audit any of the data submitted by the schools. Two of them have also been charged in the case.

He is expected to appear in court next week.