Firefighter John Flood, 58, died in the line of duty on November 18 due to occupational cancer, according to Philadelphia Fire. Flood is a Northeast Philadelphia native and leaves behind his wife Suzanne of 29 years and their daughter Melissa.

PHILADELPHIA - A memorial service was held in honor of a 28-year veteran of the Philadelphia Fire Department on Wednesday.

Firefighter John Flood, 58, died in the line of duty on November 18 due to occupational cancer, according to Philadelphia Fire.

In an advisory, the city said: The Philadelphia Fire Department is deeply saddened by the loss of Firefighter John Flood, who died in the line of duty from occupational cancer on Nov. 18. Firefighter Flood provided 28 years of dedicated service with the PFD; he also worked for four years as an officer in the Philadelphia Police Department.

A firefighter procession traveled to the Maternity B.V.M. Catholic Church on Bustleton Avenue, which was then followed by a mass and then a flag presentation and final ringing of the bell outside.

Flood was a Northeast Philadelphia native and leaves behind his wife Suzanne of 29 years and their daughter Melissa. 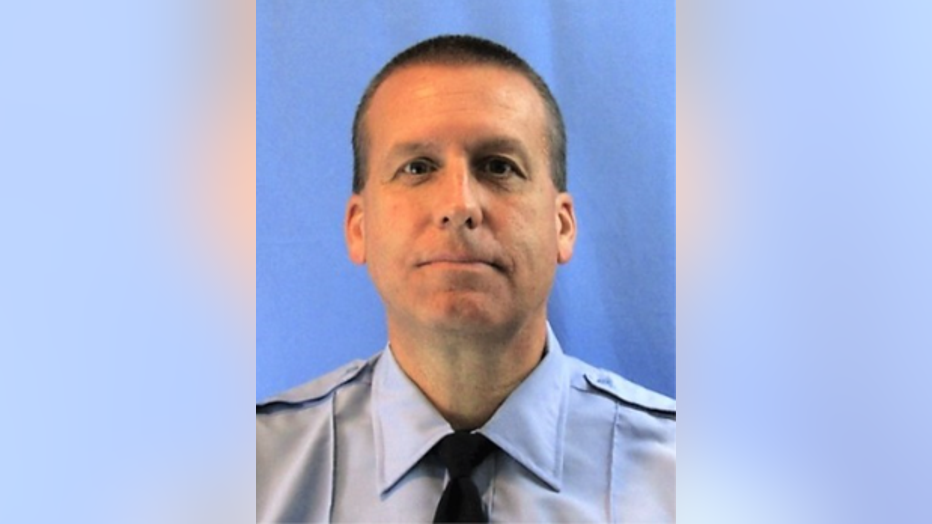 The Philadelphia Fire Department released the funeral details for Firefighter John Flood, who they say died from cancer earlier this month.

His obituary states that Flood loved to travel and watch sports, especially the Buffalo Bills, and spending time with his family and friends.

"John Flood was married to my cousin Suzanne and he was an excellent father, and an excellent husband and together they were like an inspirational couple that everybody wanted to be like," said family member Blythanne Leva. "He was pretty stoic and strong, but he definitely fought for his family and he was good to his community. He was a great man, so kind and quiet and funny, and he will be missed by everyone."

Flood’s family is asking for donations to be made in his honor to Fire Fighter’s Local #22 Widows’ Fund located at 415 N 5th St. Philadelphia, PA 19123.