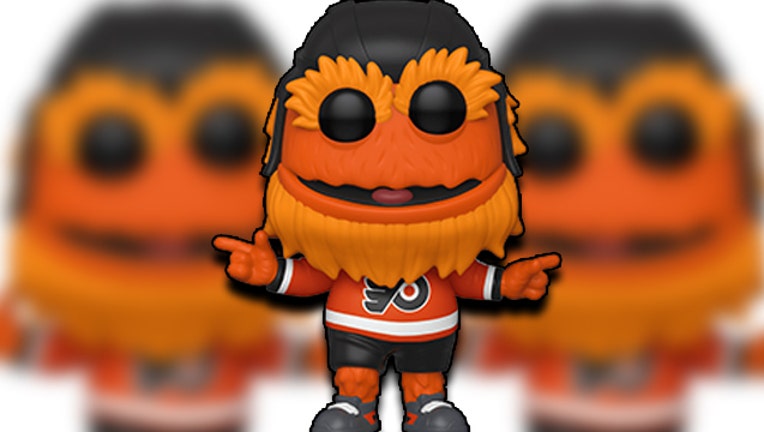 PHILADELPHIA - Gritty fans can rejoice and get ready to add him to their Funko POP! Collection.

The toy company, popular for their vinyl depictions of pop culture icons, is releasing a new line of collectibles featuring NHL Mascots.

Gritty’s familiar, unmistakable look will be miniaturized into a fun-sized figurine with a big head and black-eyes.

Other NHL Mascots to be released in the line will be Blades of the Boston Bruins, Chance of the Vegas Golden Knights, Tommy Hawk of the Chicago Blackhawks and the NJ Devil of the New Jersey Devils.

Preorders for the Gritty vinyl figure are available through certain retailers such as FYE and GameStop.

Officially, the Funko website shows the status of the Gritty figure remains as “Coming Soon”.